The phone itself is actually a nice little device coming with a 4.5″ screen running at 1280×720 resolution which makes it a true HD display. It will also come with 1GB of RAM and 4GB of internal storage, a 16GB microSD card expandable up to 32MB, and an 8MP rear-facing camera teamed up with a 1.3MP front-facing camera. All of this will be powered by a Qualcomm MSM8660 1.5GHz chipset with an Aderno 220 GPU to deal with the gaming. 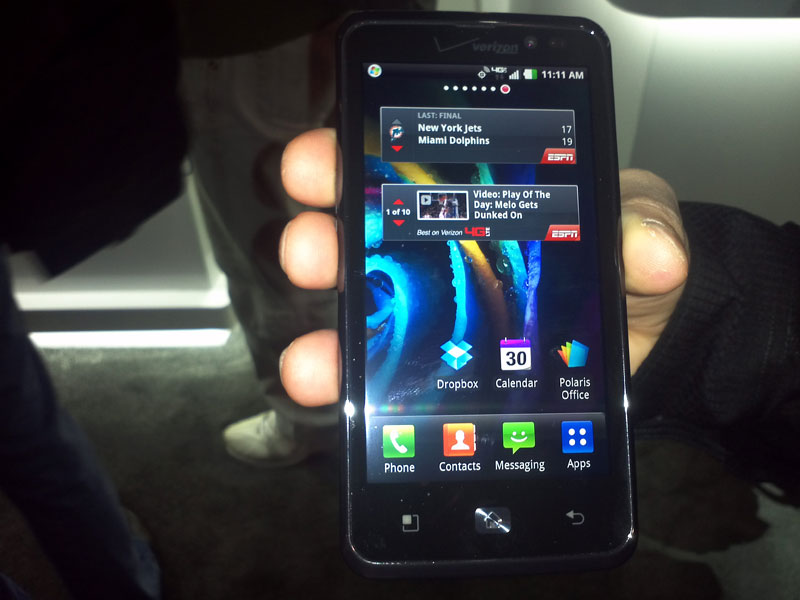 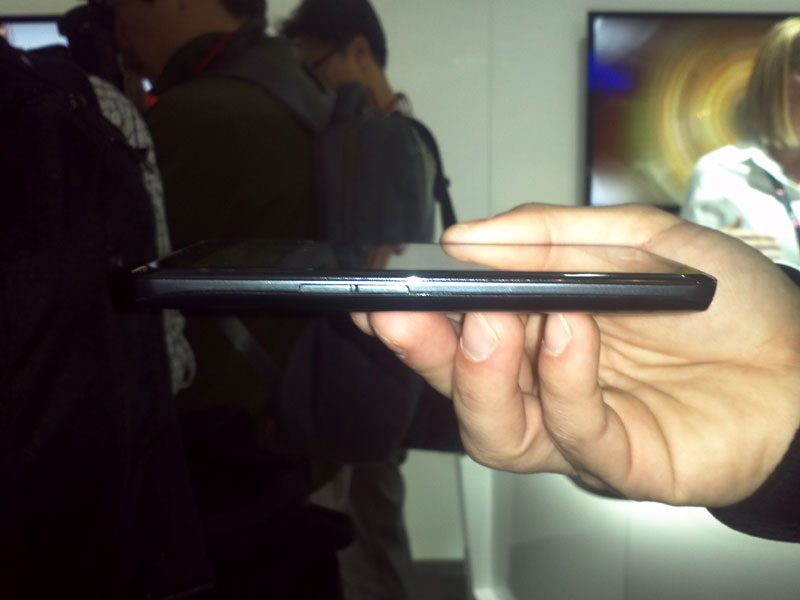 Currently it will be released running Gingerbread (Android 2.3) which is a bit sad to see but we can hopefully expect Ice Cream Sandwich to land on it in the near feature. Considering the 1.5GHz chipset and the 1GB of RAM helping that chipset out, the device ran rather smoothly. It felt pretty solid in-hand as well, not too thick to seem clunky but not overly thin either where you feel as though you might break it. That is one thing that seems to be the trend this year at CES, who has the thinnest devices. The problem with that is half of those devices feel like you will break them by looking at them the wrong way.

This will be a LTE device so download speeds should be pretty fast if you have LTE in your area. The pricing isn’t bad either ($200) considering the hardware coming packed inside the LG Spectrum. No official date has been given regarding when this will be available, only that it will be soon.

Coming along with the LG Spectrum is Street Fighter IV, a game everyone wants and only people who own an LG Nitro or LG Spectrum can play. This is because the resolution the graphics are made in require that it be used on a true HD screen (meaning 1280×720 resolution). There have been many people trying to come up with ways to get this game to work on other devices, nothing successful though as of yet, at least not that I’ve witnessed. There is one apparent way with a modified .apk file being used in conjunction with Chainfire 3D but we have not been able to confirm this actually works yet, not on any devices our readers have tried it on at least.

However, the game looks fantastic and plays as though you are actually playing the arcade/console version. The controls are pretty much what you would expect them to be, an on-screen joystick and buttons, but they perform pretty well when trying to break out special moves or combos. The animation is as fluid as any other version of the game as well which makes for some pretty great gameplay as well. It comes with a few different game modes as well: the actual game to play and a few different training modes. Hopefully this doesn’t stay limited to HD devices and we see a version everyone else can play soon.