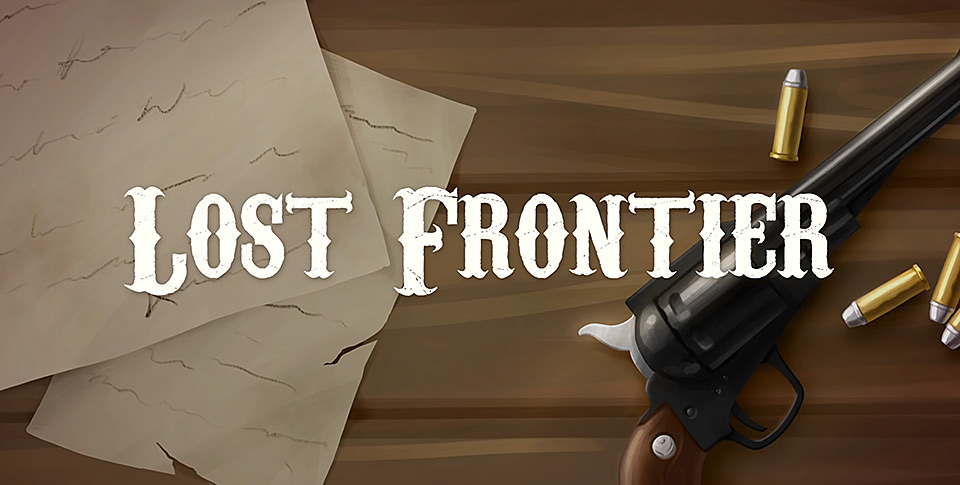 From there, players will begin a set of linear missions in a story mode, two dozen to be specific, that are graded on the typical three star system. Beyond that, there is an additional twenty “challenge missions” available to players. All told, the game includes more than forty missions, and twenty different types of units. The game is played from a top down perspective, and when a unit is selected, a grid of available spaces will appear around said unit, showing the player where the unit can move to. Once all of the player’s moves have been exhausted, the other side will move its units. 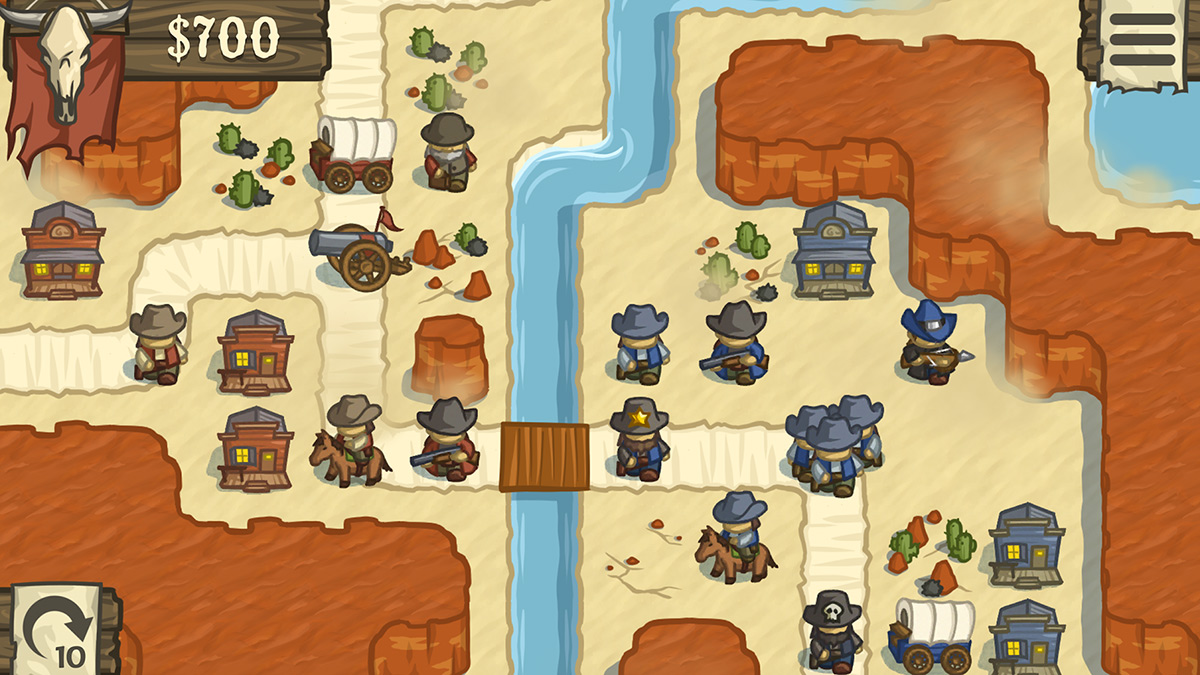 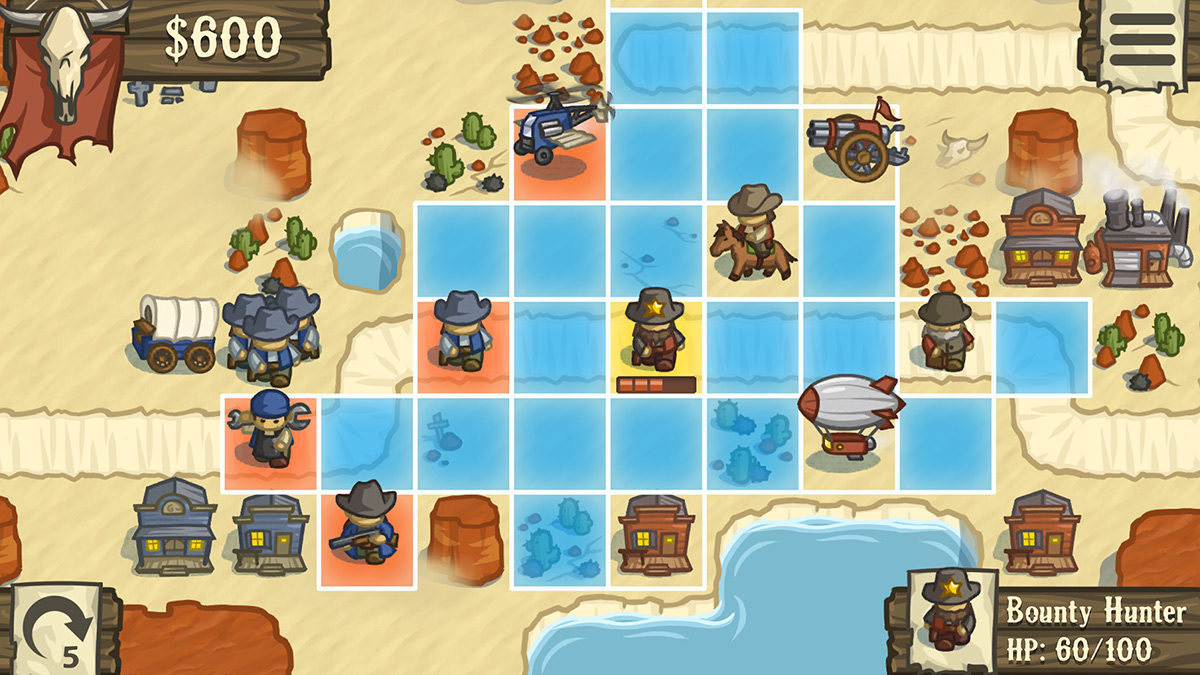 • Story Mode – Play through 24 chapters that introduce you to the gameplay, characters, and world of Lost Frontier.
• Challenge Mode – once you’ve mastered the mechanics, put your knowledge to the test in a series of 20 demanding missions.
• 20 Unique Unit types – take command of a wide range of Wild West forces, from Gunslingers and Cavalry to civil-war era Cannons and Gatling Guns.  Or, employ more exotic weapons like steam-powered Gyrocopters and Zeppelins, and enlist the help of dark forces like Werewolves and Necromancers.
• Living Legends – choose a “Living Legend” as the leader of your forces.  Each of the 9 unique legends grow in power as you play with them, and promote different play styles.  Will you pick your foes off from a distance as Wyatt “Long-Arm” Wilcox, or focus on brute force with the help of ace gunslinger John “6-eyes” McGraw?
• Custom Games – choose from a variety of maps, set up the rules, and play with or against AI or human players via local, hot-seat

Players will have the opportunity to take on the AI, or other people in a pass-and-play format. Most of the units are from what one would expect from the old west, but this game also has units such as werewolves and gyrocopters, just to keep things interesting. Lost Frontier is currently available from Google Play for $2.99, and also includes optional IAPs as well. Check out the trailer below to see more of the game’s action.