Com2uS releases a major update for their Summoners War game

One of Com2uS’ most successful games they have released onto mobile platforms has been the company’s Summoners War title. It’s also been updated quite a few times with content expansions since its initial release a few years back. Today there is another update, called the Homunculus Update, which adds plenty of new content to the game, as well as rewards for returning players to claim.

The Homunculus update comes with four key features that it adds to Summoners War. First, the update adds new Rift Dungeons for players to work their way through, each one of them having their own attributes that you’ll need to learn in order to successfully complete them. In order to access Rift Dungeons, you’ll need to clear the 1st stage of the Raid. The requirements for clearing Rift Dungeons has also changed, with players now needing to put Rift Beasts into a ‘groggy’ stage 3 times. 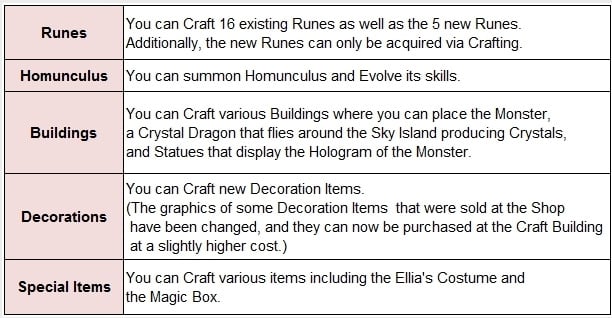 Secondly, just as the name of this update suggests, there’s a new monster type for players to collect called the Homunculus. These creatures come as 5stars by default and they can be summoned at the Craft Building once you’ve collected the appropriate materials, all of which are available in Rift Dungeons. Speaking of crafting, the third feature is a new crafting system where you can now craft all kinds of different items, such as buildings, runes, summon the Homnculus, decorations, and other special items. Crafting materials are located throughout the game in different areas, dungeons, Rift dungeons, and so on.

The final major addition is that of the max level cap increasing to level 50, while the XP required to reach level 40 has been reduced. This update also brings a few minor changes to the game, including Sky Island expansion with players now being able to possess 3 more Sky Islands which brings the max number to 7. There’s a slew of new quests now available because of the level increase and the addition of the new Rift Dungeons. There’s also new UI improvements, improvements to the Live Arena, and other bug fixes.

If you have Summoners War installed, you can now pick up the Humunculus update off of Google Play. If you’re a returning player who hasn’t played in awhile, you will start receiving various rewards including the Mystical Scrolls, Summoning Stones, and Rainbowmons each day for a set amount of time to help with your progress.