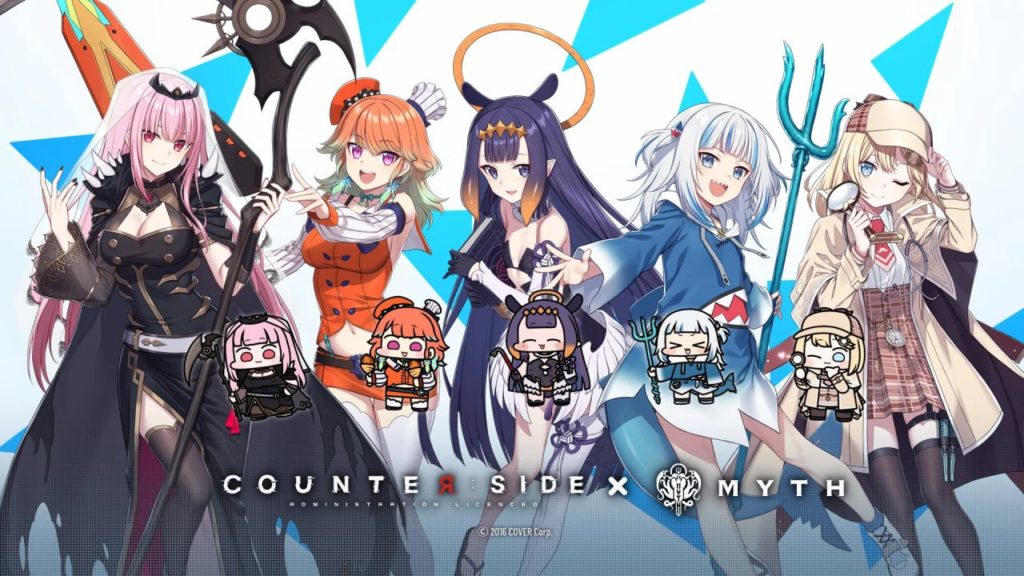 The long-awaited CounterSide holoMyth collaboration release date has finally been confirmed by the developer itself. Mark your calendars for December 8, 2022, as the collaboration kicks off as soon as that day’s the maintenance period ends.

CounterSide is a gacha strategy RPG, where you collect powerful characters to place into your squad. The exciting news about a holoMyth collaboration has caught the attention of gacha gamers and vTuber fans alike.

From the trailer, we can see that the holoMyth members are not brand-new characters – but are instead skins for existing characters. These skins also add brand new voice lines from your favourite holoMyth members, and you can collect a wide range of holoMyth figures of each member in the CounterSide holoMyth collaboration. Let’s take a look at who these reskins are for:

December 8 is pretty soon, but you can still join the pre-registration on the collaboration’s official website. As of right now, all of the pre-registration milestones are met, meaning you will receive a ton of free gifts – including exclusive collab items called holoMythical eggs.

There’s no confirmation on whether or not you get these gifts if you don’t pre-register, so we recommend taking part in the pre-registation before December 8.

If you’re not entirely familiar with holoMyth, let’s go over a bit of the lore. HoloLive is a company that specialises in vTubers. These vTubers have their own personas while appearing as anime girls. While holoLive has a wide range of groups, we’re focusing on holoMyth today. HoloMyth, also known as holoLive EN First Generation, is a group that consists of 5 vTubers. These vTubers are: