That means roughly half of EA’s entire catalog will be supporting the Samsung Galaxy S IV right away and we are sure the rest of their games won’t be too far behind either. Most of these titles are EA’s newer releases such as The Simpsons: Tapped Out, Real Racing 3, The Sims FreePlay, Need for Speed: Most Wanted, MONOPOLY and PopCap’s Plants vs. Zombies.

Speaking of The Sims FreePlay, EA has also released a new content update for the game called “Livin’ Large” which brings with it “more choices, more time, and more fun” for Sims FreePlay players. The update also increases the amount of sims a player can have, up to 31 to be exact. Since players can have more sims now, this means everything else has to be expanded. 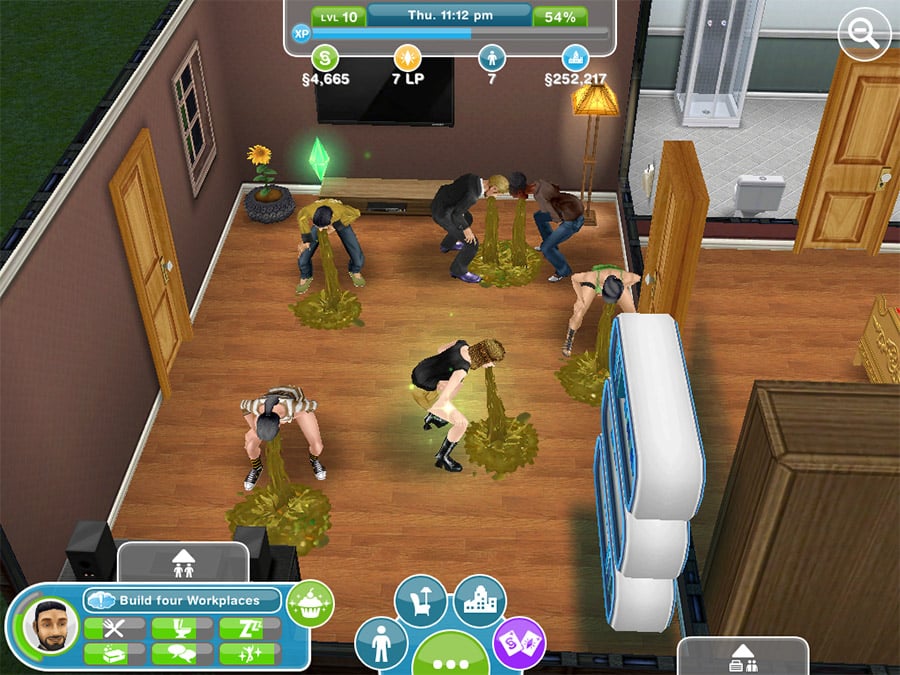 When sims get the sim stomach flu

There is now a town map expansion which includes seven all-new beachside lots that are twice the size of standard lots.  Players will be able to spruce up their new mega-beach lots with brand new design options for houses, from the Neo Tokyo look to new features for interior design too. Two additional careers have been added to the game as well as the ability to have an automatic cleaner for your sims since keeping everything clean when you have 31 sims can be a daunting task.

Lastly, leveling up for sims level 30 or higher is now faster as well. For those of you who play The Sims FreePlay, the update is now live and available for download off of Google Play.