Eltechs updates their emulators with support for Panzer General 2, Arcanum, and Jagged Alliance 2

Eltechs has two different emulators out on Android and depending on the genre of game you want to play, you either use the ExaGear Strategies or the ExaGear RPG emulator for your game of choice. Both emulators have been updated with additional support for a few new games as well as some tweaks and performance optimizations.

Eltechs’ emulators allow users to play PC games on their Android device of choice. So basically they are just like another other emulator but for PC games instead of console ones. ExaGear RPG has now been updated to include support for two new games – Arcanum and Jagged Alliance 2. ExaGear Strategies now has support for one new game which is Panzar General 2.

Besides the new games there are some other additions and changes that come with the updates for each emulator. For starters, both are now completely compatible with 64-bit devices. This includes devices such as Nexus 9, HTC One M9, LG G Flex 2, and pretty much any new Android device. The other big change is how payments are done. 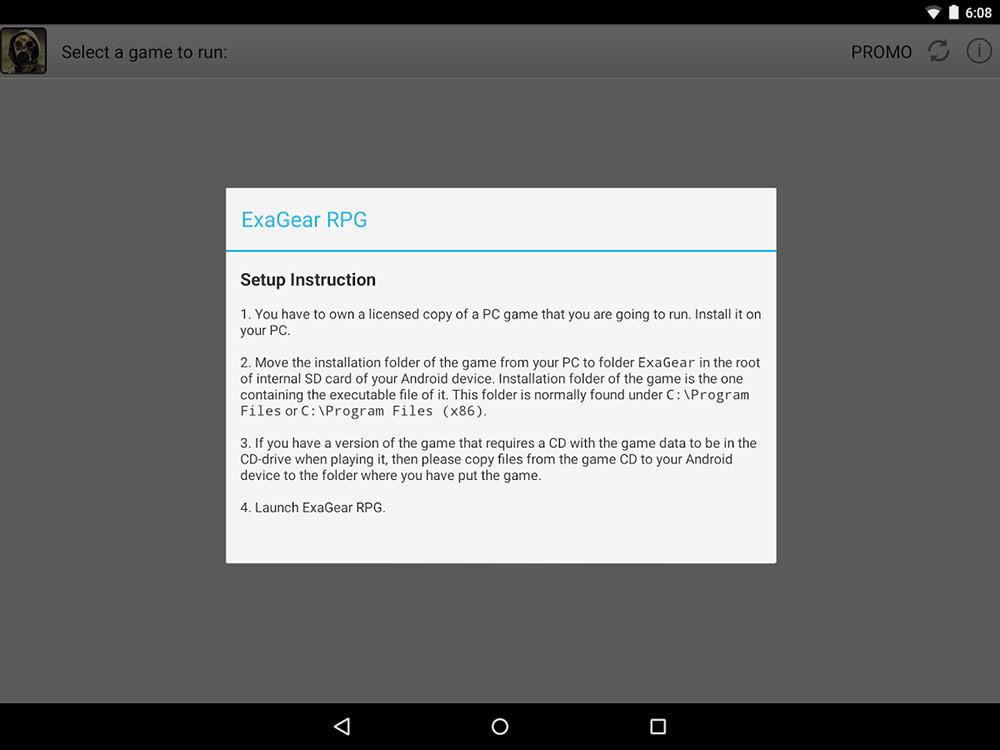 Here is what Eltechs wrote regarding the payment changes (since they explain it best anyways):

As you know emulator is free to use for three days after installation. After that period in to continue you should select one of the following options:

Both updates are now live on Google Play and even if you don’t plan to play any of the new games it supports, you’ll still need to update them due to the other changes that come with this update. Remember, both of these are emulators and don’t actually come with any games. You need to already own the PC games in order to play them through the emulators on your Android device.