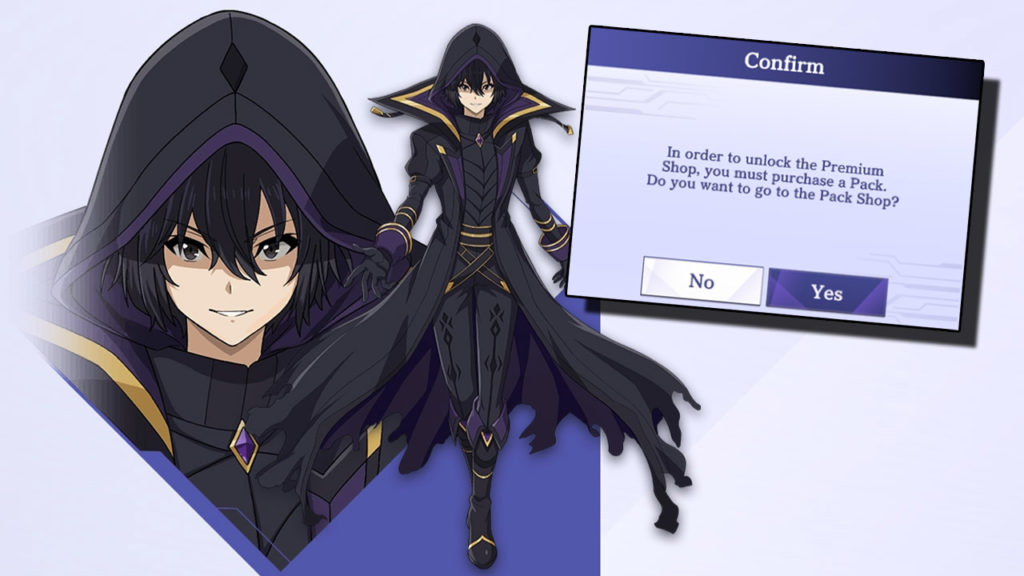 Gacha game The Eminence in Shadow: Master of Garden introduced a new event in its latest update, which caused a bit of controversy between fans when they discovered that it had its own premium shop. Lots of fans are, unsurprisingly, upset by this, as the shop forces you to purchase micro-transactions in order to unlock the items.

On a YouTube video by FG3000, the gacha YouTuber discussed the controversy of the event. This opened up the comment section to explore the morals behind the new shop.

Most comments were from users who expressed their disgust at the premium shop.

One commenter, @paulovictor3244, wrote “I just started laughing when I saw that premium shop. I just can’t believe people actually think that’s okay. The more you accept the more those companies will dry out your wallet.”

Another commenter, @KonaSaint504, saw a different side to the shop and provided a counter argument, writing “Just look at the event shop as a “battle pass”. One side is always free and the other is premium. The issue is how expensive it is.”

What Is An Event Shop?

Event shops are common in gacha games. Typically, when a new event takes place, and if you take part and succeed in the event, you are rewarded with a certain amount of event-exclusive currency.

You can then spend this currency on the event-shop, which sells items in theme with the event.

Why Is It Controversial?

A lot of the fanbase for The Eminence in Shadow: Master of Garden find the addition of a premium event shop insulting because, as stated before, it forces you to dig into your pockets if you want to experience the full event.

Not only does this divide the fanbase between those willing to pay and those who aren’t, but it promotes pay-to-win.

The fact that there’s a ticking clock on the premium shop also pressures you to buy items from the shop, as you know they won’t be available to purchase after the event has ended.

It doesn’t help either that this is the first time a premium shop has been added, as gacha gamers are used to enjoying an event without having to pay. So why should they now?

The Future of Event Shops

The future of event shops is now unclear. Will more companies pick up on this trend and include premium shops in their next event? Or will the trend die out with the latest Eminence in Shadow update?

It all comes down to the profit the companies can make from them. But if the fans walk, how will the companies make their profit?

With the backlash the game has received, there is a chance that this is the last we’ve seen of premium shops.