For those who like mini-games, Com2Us has done a soft launch release of a game that’s really a collection of ten mini-games bundled into one title. Despite being a collection mini-games, Action Puzzle Town has a few other features.

For example, players will be able to collect different characters, upgrade items, complete missions, and even check out the “peer ranking system” to see their progress. 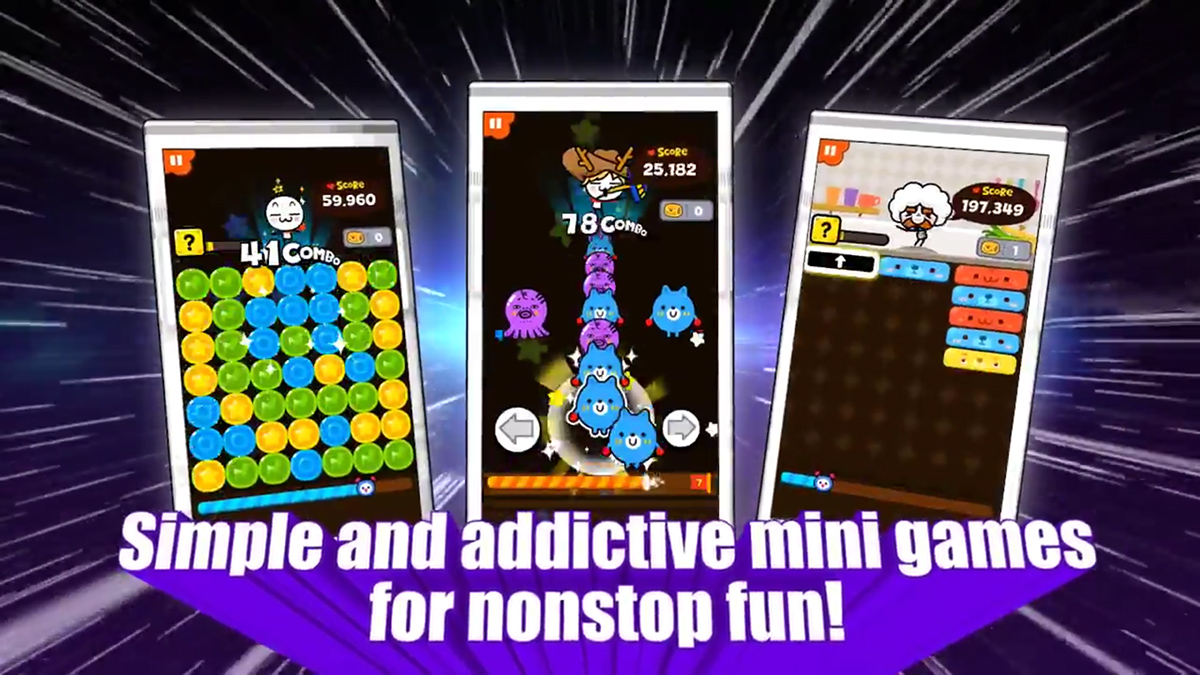 The included games are:

As noted in the introduction, this is a soft launch that’s beginning in a few (unspecified) countries. While this is happening, Com2Us has opened up pre-registration for everyone. For those opting in, they can receive exclusive in-game rewards, up until the game’s official launch sometime next month. Players have the option to participate in a ten day Facebook event in order to obtain bonus rewards. Action Puzzle Town will be available worldwide as a free download from Google Play in early December.