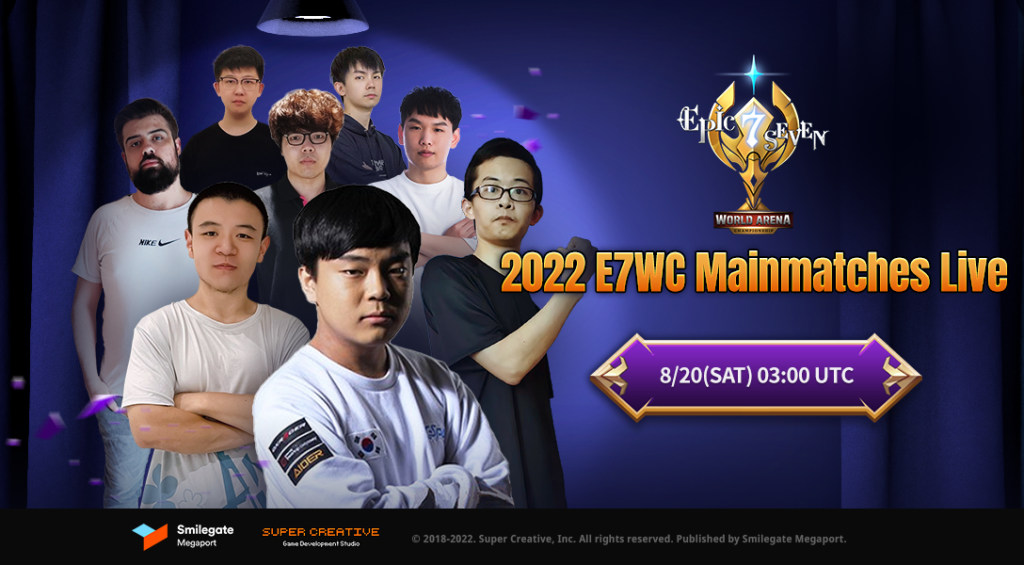 Smilegate Megaport have announced the schedule for the main matches of 2022 E7WC, its global esports competition for Epic Seven players.

With over 650 stories to complete, Epic Seven allows players to raid labyrinths and fight the World Boss, or fight against other players in the PvP arena, or the World Arena.

The World Arena Championship will see the best PvP players from each server competing in the main matches. These battles will be held on August 20th, 21st, 27th and 28th. The Finals themselves will begin on August 28th. Competing for a first prize of $50000 USD, are the eight best players from around the world.

Jintae, as the former No. 1 ranked player globally in World Arena, with a win rate of 85% in the Qualifiers, is one of the favourites. DamDam also performed particularly strongly in qualifying, so is also considered a strong contender. They could potentially meet one another in the Semifinals, if they come through their respective Quarter-final matches.

To add more intrigue, the World Arena Championship has introduced a ban system. This means that each player can ban two Heroes from their opponent in each round. Banned heroes will then be unavailable for the match, which means the players will have to use a wide variety of hero combinations and strategies as they progress.

This throws an added layer of intrigue into proceedings, as players won’t always be able to fall back on their favourite characters and combinations. So this will test players adaptability and skill.

More than 25,000 viewers tuned in to watch the Qualifiers Livestream, and many more are expected to watch the final eight players in competition.

You can follow the action via Epic Seven’s official YouTube and Twitch channels. You can check out the launch page for E7WC by clicking here. Or to learn more about Epic Seven, you can find the official community by going here.