nVidia at CES is sporting some great products with a strong focus on Android gaming. One of their upcoming products is called Tegra Zone which will be a marketplace for Android devices to go to and users can purchase Tegra 2 optimized games to play on their Tegra 2 Android devices. This isn’t just another market though!

There are a couple of key features that make this just a straight up great market regardless if it is just for high-end games. First, it’ll use the Android Market back-end payment system. This means if you have carrier billing available on the Android Market, you’ll be able to use it when purchasing a game. If you don’t, you can still use your credit card through Google Checkout.

Secondly, users will have a slew of information available about each game with game listings showing gameplay videos, professional reviews from websites (like us!), HD video trailers, behind-the-scenes featurettes, unlimited screenshots and description lengths. Oh, and no game file size cap! Want that 2GB game? One download and you’re done! 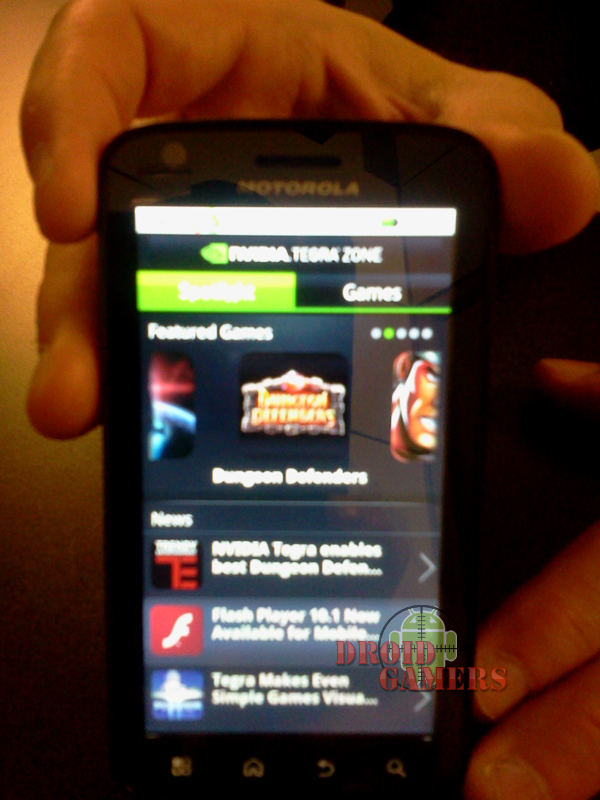 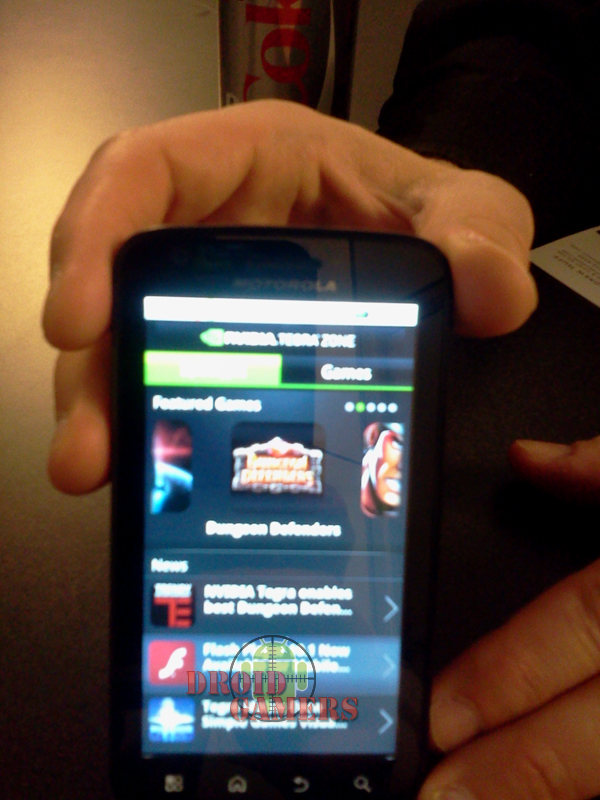 This literally should be what the Android Market offers already but it doesn’t. It looks great too! When it launches sometime in the next month, it will come with 5 games available right away and these games are just awesome. I had a chance to play them at CES and have a post for each one in the works.

The first 5 games to be included are: Dungeon Defenders: First Wave, Monster Madness, Fruit Ninja THD, Backbreaker THD, and Galaxy on Fire. Again, let me state this, these games are awesome. Galaxy on Fire features an option to pause the game and take an action photo of it which you can also pan on all axis in 3D so your photo of the action on screen can be from any angle!

All games will be coming from game developers who work closely with the nVidia team so you can imagine what they have in the works. All games are optimized for playing on Tegra 2 Android devices. Stay tuned as we have information about each game coming! Yes that icon on the right is Samurai II: Vengeance which I got to try out as well, looks fantastic and it is actually better then the iOS version!