GameStick gets a new design and a docking station

While OUYA recently announced improvements to the controllers, based on feedback the company has gotten, that will be coming with the Android-based game console, one of their direct competitors has also received a new look based on feedback from backers of their Kickstarter campaign. On top of that, thanks to the successful backing that GameStick received while on Kickstarter, the unit will now come with a docking station as well.

The design of GameStick that was shown on Kickstarter wasn’t the finalized design. However, this new redesign will be the final one except for maybe some future small changes that could occur depending on the company and feedback from backers. 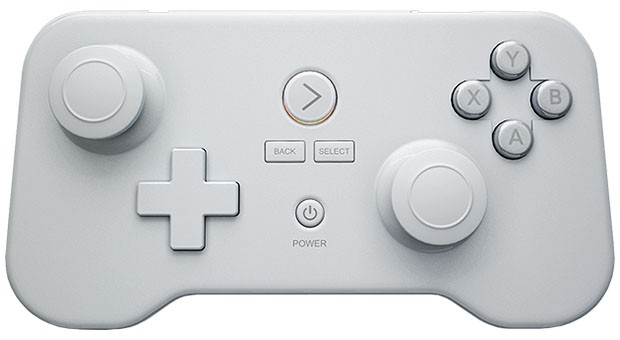 The controller and console, since it is pretty much one solid unit, has be re-worked to better sit in player’s hands. Other changes include the HDMI-out stick has been moved from the bottom of the controller to the back and now there is a lot more storage possibility now thanks to the addition of a MicroSD slot which comes with the dock to make the total storage space now 104GB.

Speaking of the dock, this will allow player’s to charge their GameStick as well as offer up more connections for peripherals such as keyboards, mice, microphones and cameras through the use of USB and HDMI connections.

Right now the Kickstarter campaign for PlayJam’s GameStick has 64 hours to go and is roughly $60K short of reaching their third stretch goal which would give anyone interested in buying a GameStick the option of buying it in one of four colors: White, Black , Red and an unannounced fourth color which is currently being voted on over on their Facebook page.

London & San Francisco; January 29th, 2013; As the GameStick Kickstarter campaign (http://kck.st/12SSvMO) enters its final few days, the team announce their final designs of the device as well as a new docking station for every peripheral conceivable.

GameStick; Kickstarter´s most recent success story, currently sits at over 500% of its original target with over $500K raised at the time of writing. The team waits on tenterhooks to discover the final figure to be revealed at 04:23 PST on Friday 1st February.

“It´s hard to believe that we launched GameStick just a few short weeks ago. The Kickstarter campaign has been a roller coaster of a ride and one which has given us more feedback than we could ever have possibly imagined.” says PlayJam´s CMO, Anthony Johnson, “We have been able to take that input and literally better shape our product to give our backers a truly bespoke creation – one which has been designed by the Kickstarter community that backed it.”

The new design sees subtle changes to the controller, which gets a more ergonomic form with extended grips and a tapered shape to better sit in the hand. The housing for the HDMI stick has been moved to the rear of the controller and the stick itself now supports an expandable 32GB MicroSD card slot in response to overwhelming demand. The finish has also been meticulously designed meet the highest of standards.

Additional requests from the backer community resulted last week in the GameStick team announcing support for peripheral hardware through a previously unspecified docking station. The dock brings on board a number of sought after features such as; wire-free charging for the controller, a number of USB and HDMI ports to support peripheral hardware such as keyboards, mice, microphones and cameras as well as support for yet more storage bringing the total potential capacity of the bundle up to 104GB.

“The GameStick Dock is a prime example of how we have moved rapidly to innovate while still in the pre-production phase,” continued Johnson, “it has made for a ‘hairy’ 30 days but we think the results are worth it and we are delighted that we have been able to tailor the product as much as we have in such a short time-frame”

The GameStick Kickstarter campaign has reached its first two stretch goals with just under $60K to go to hit it´s third and final stretch which will add a number of colour options to its range; a target the team hopes to hit before close. Backers have been urged to vote for their favourite colours on the GameStick Facebook page (http://www.facebook.com/GameStickNews) in a poll to establish the final color.

To visit the Kickstarter page and pledge your support, please visit: http://kck.st/12SSvMO

To visit the GameStick website for more information or to apply for an SDK please go to: www.gamestick.tv