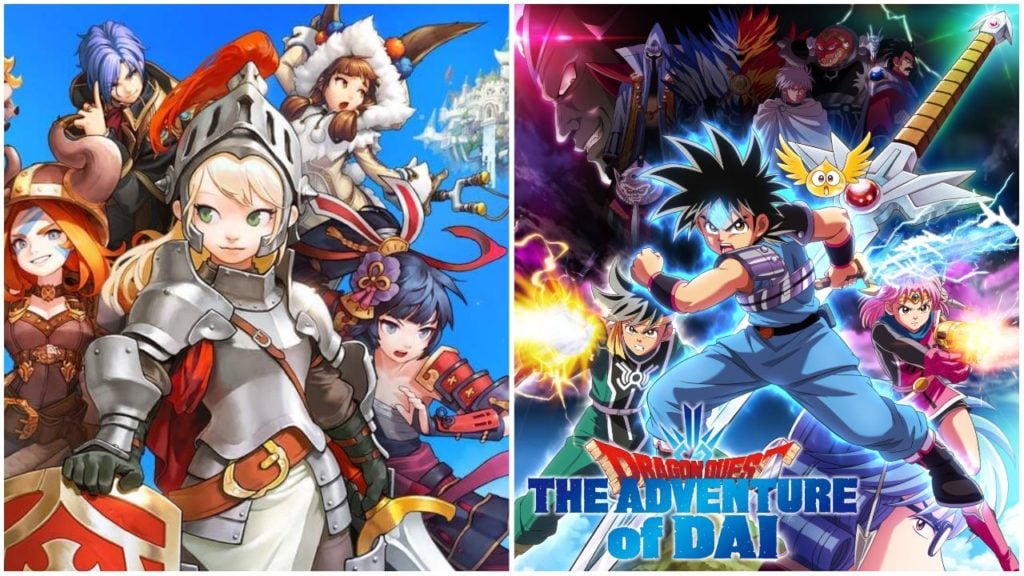 Kakao Games has announced that its hugely popular mobile gacha game Guardian Tales will collaborate with Dragon Quest: The Adventure of Dai on December 29, 2022 in South Korea, with the global release planned for January 10, 2023.

It included two short stories, with characters such as Lina Inverse, Xellos, and Gourry Gabriev. The plot took you along their journey as they suddenly arrive in Kanterbury through a rift.

Which Characters Will Be Available in the Guardian Tales Dragon Quest Collaboration?

In this collaboration, you can play as three of the main characters from Dragon Quest: Adventure of Dai. These characters are:

It includes a short story that consists of two parts. Dai, Maam, and Popp find themselves in the world of Kanterbury after traversing through a strange portal. The plot of the short story covers their journey as they try to find a way back home.

You can claim Maam as a reward for the collaboration – including her equipment.

What Else to Expect in the Collaboration

After completing the collaboration, you will obtain plenty of resources that will allow you to evolve Maam into a five star hero. You can also enhance her weapon to the highest level of Limit Break. The developer stated on the official announcement page that more news of the upcoming event will be announced soon.

Dragon Quest: The Adventure of Dai is a manga and anime, making it perfect for a Guardian Tales collaboration. It’s important to note that you can only obtain these three characters during the event – so make sure you take part in it as soon as possible.

While Maam is available as a free reward, you can obtain Popp and Dai via the summoning mechanic. You can also obtain the collaboration heroes, and their weapons, by using 200 Collaboration Mileage Tickets. You can find this feature on the Collaboration Pick-Up Summon menu.