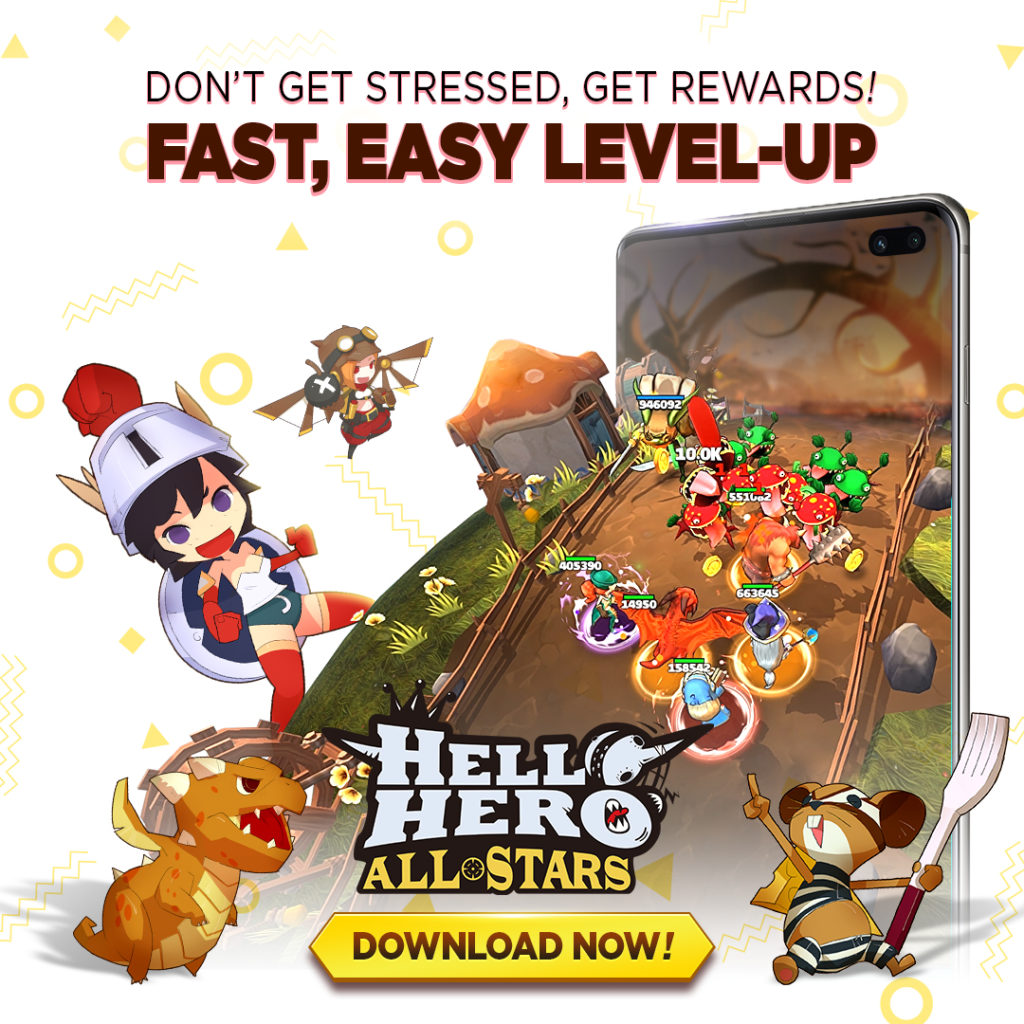 The Hello Hero series has been a long, steady breath of fresh air ever since it debuted in 2014. In a world of dark, complicated, po-faced mobile RPGs it’s an irrepressibly joyful, cartoony approach to the genre.

The runaway success of the first game led to a second, Hello Hero Epic Battle, and now there’s a third.

Hello Hero All Stars is the biggest entry in the series so far. It brings back all the characters you know and love from the previous games, while adding some new twists to the franchise to keep things fresh.

First, an overview of the Hello Hero games. Korean mobile RPGs can tend to be quite generic, with only minor details differentiating one from the next. Hello Hero distinguishes itself not only in its graphics, which are impeccably polished, charming, and stylish, but in its gameplay too.

The game’s central innovation is your ability to recruit baddies to your own cause, which adds a redemptive twist to the campaign as you gradually turn your enemies into your friends. What could be more wholesome than that? Each rescued hero then joins your collection – and the farther you go the more powerful the heroes become.

Hello Hero All Stars develops the franchise by allowing you to grow and manage your stable of heroes using the game’s patented and unique coordinate lock system. This helps you get the maximum possible rewards out of your upgrades.

It works by first asking you to set a target destination. You then match your cursor so that it reaches that target, with each hero having an indicated direction and number of moves to reach it.

There are literally hundreds of heroes to collect, all with their own individual quirks and characteristics. This introduces a note of competition into proceedings, since you’ll want to race your friends to assemble the biggest and best Hero.

Helpfully, you don’t need to be tied to the game to make progress. In fact, the gameplay continues even when the game is switched off. Hello Hero All Stars looks like the perfect combination of deep RPG and idle clicker.

Download it on Google Play (and the App Store) right now to try it for yourself.