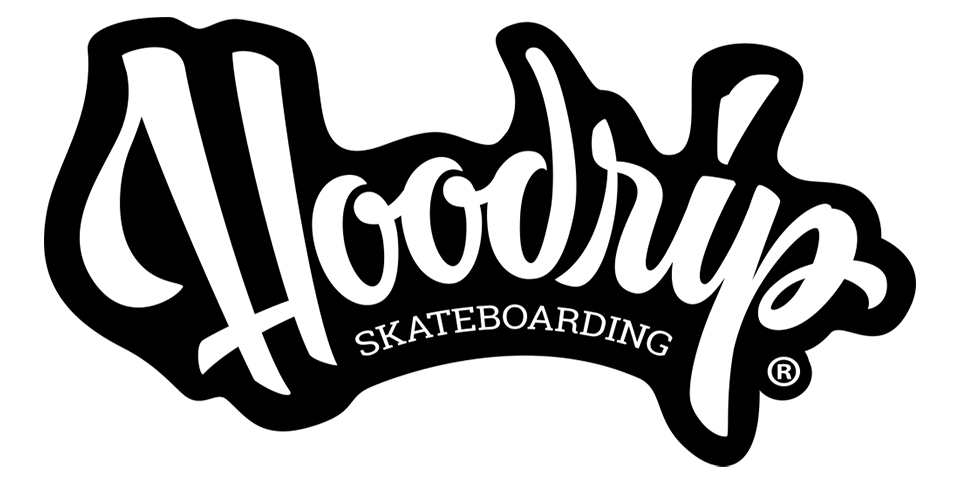 This game takes place in Brooklyn at 30 of the city’s more famous skateboarding spots, with all the street art you can handle to go along with it, including art by Ruben Sanchez. In total there are 30 different tricks that players can master, and all of those can be chained together to form endless manual, grind, and trick combos. Before heading out into the streets, players can customize their character with different clothing and their boards with decks, grips, wheels and trucks. 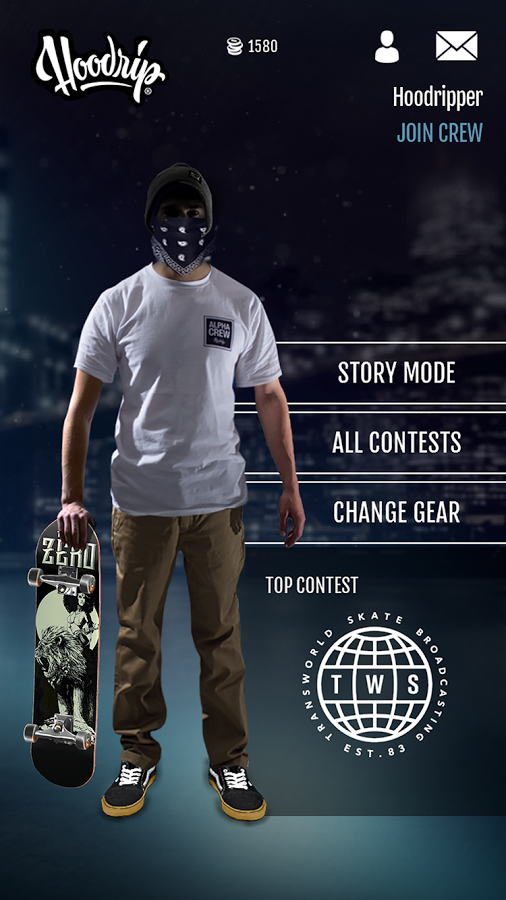 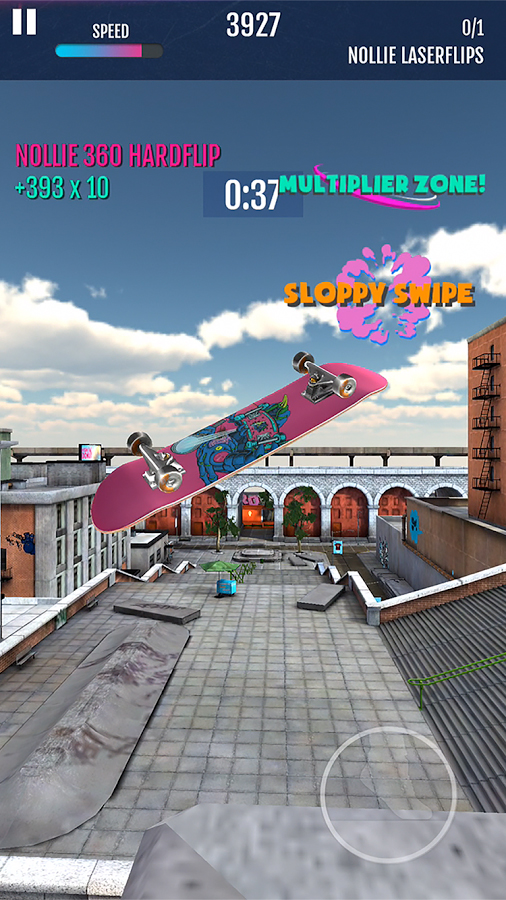 There are two different game modes to play through. There is the Story mode, which just takes you through the game’s ‘storyline’ if you will. Then there is the Challenges, which is where players can try to complete various challenges to earn in-game cash and ‘street cred’ from the game’s community. Interestingly, players can also earn real world items that are featured in the game in this mode as well.

Another interesting feature you don’t see often in these types of games is that skaters can join or form crews. Players can then decide to compete either inside their crew or in sponsored challenges. Challenges also have an interesting structure to them in regards to how winners are selected. 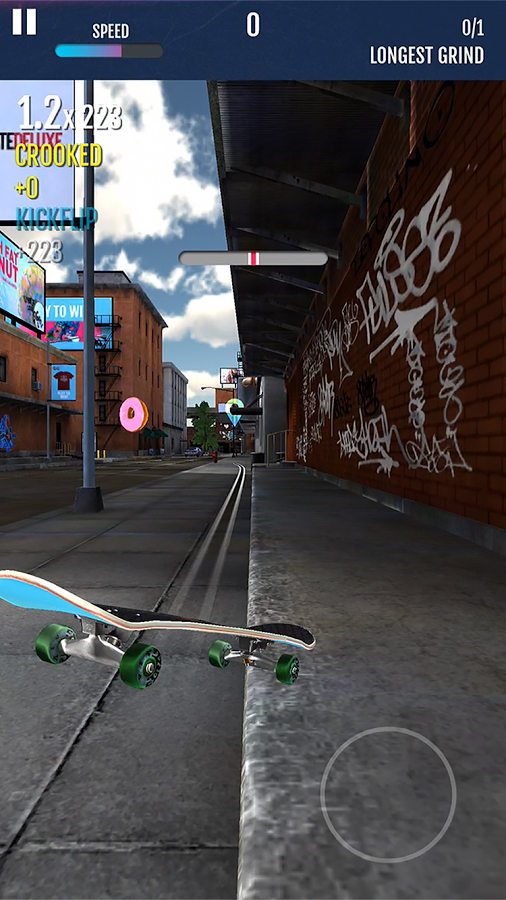 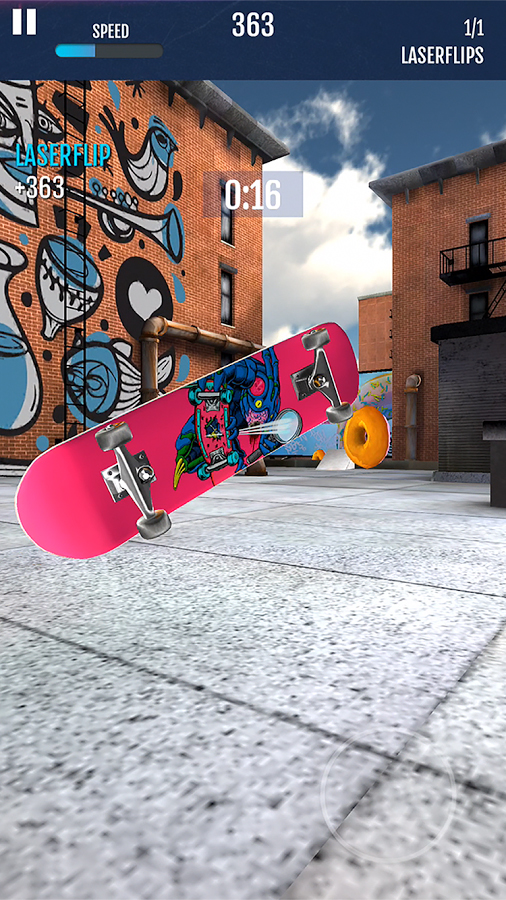 Not every challenge is skill-based, as winners are chosen at random and other times, based upon a variety of performance requirements such as points earned, speed, longest manual, donuts collected, time, etc., thus allowing all players the chance to compete and win regardless of their particular skateboarding prowess – or lack thereof. – ArcticPlay Studios

If you’re looking for a new skateboarding game to check out, then you may want to take a look at Hoodrip Skateboarding. Downloading a copy of this game can be done off of Google Play for free and it does not include any IAPs either.