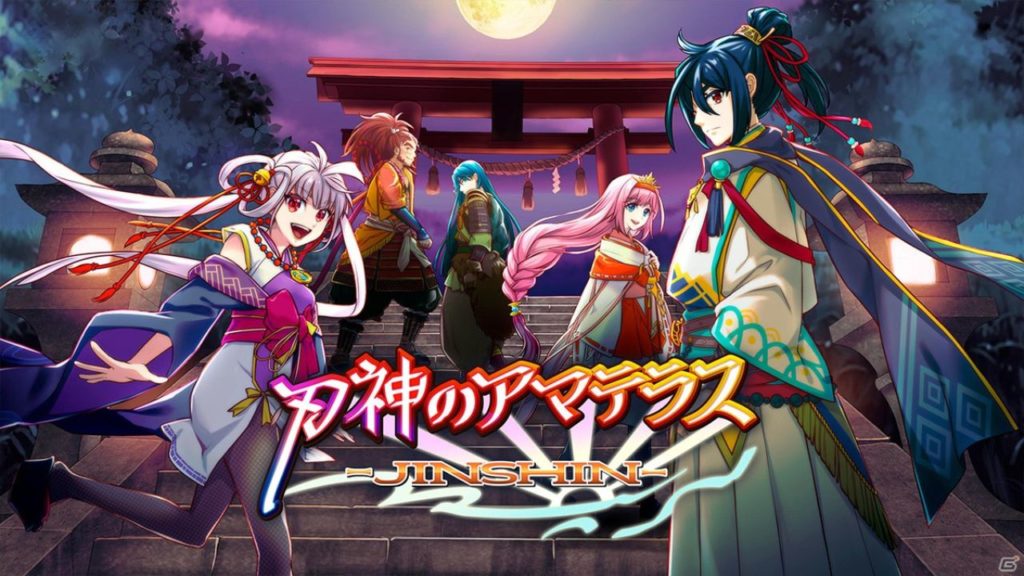 Take part in turn-based battles, a typical element in JRPG games, and use strategic measures to win. Collect various materials you can use to craft and upgrade your armor and weapons – allowing you to become stronger in battle. With the weapons you obtain, you will unlock something called the “Kami Arts”.

As well as the combat and crafting system, there’s also developmental gameplay. The village you reside in needs improving – by developing the village, you’ll receive new crafting recipes, as well as other rewards. Story-wise, all we know so far is that it focuses on a specific group called the Amaterasu Clan who live in the land of Asuka.

What’s The Game About?

One day, a young man who wields impressive sword mastery and wisdom joins the clan. His name is Mikazuchi, and he works alongside the Amaterasu Clan’s Sword Master, Hinoko. Mikazuchi’s main mission is to save his master from the dangerous Onigami Ichigan.

The trailer also includes a short section that showcases the characters in the game:

Who Do We Play As?

Unfortunately, there isn’t a lot of information available at the moment for Jinshin. We’re not entirely sure if we play as Mikazuchi, or if he is an NPC. With it being a turn-based RPG, we expect the combat system to allow us to command each party member.

We’ll keep tabs on each new announcement for Jinshin, and we’ll report the important stuff as soon as possible – keep an eye on our website for more! If you’re interested in the game, remember to take part in the Jinshin Pre-registration.