Users will get to join Rico Rodriguez from Just Cause 3 as he skydives and wingsuits his way across the Mediterranean island of Medici. Players will be able to use their smartphone’s gyrometer, allowing them to freely move the camera to rotate the view of the world below a full 360 degrees while flying/falling towards the ground. According to the developers, this is the first 360-degree in-game, interactive video experience to come out. 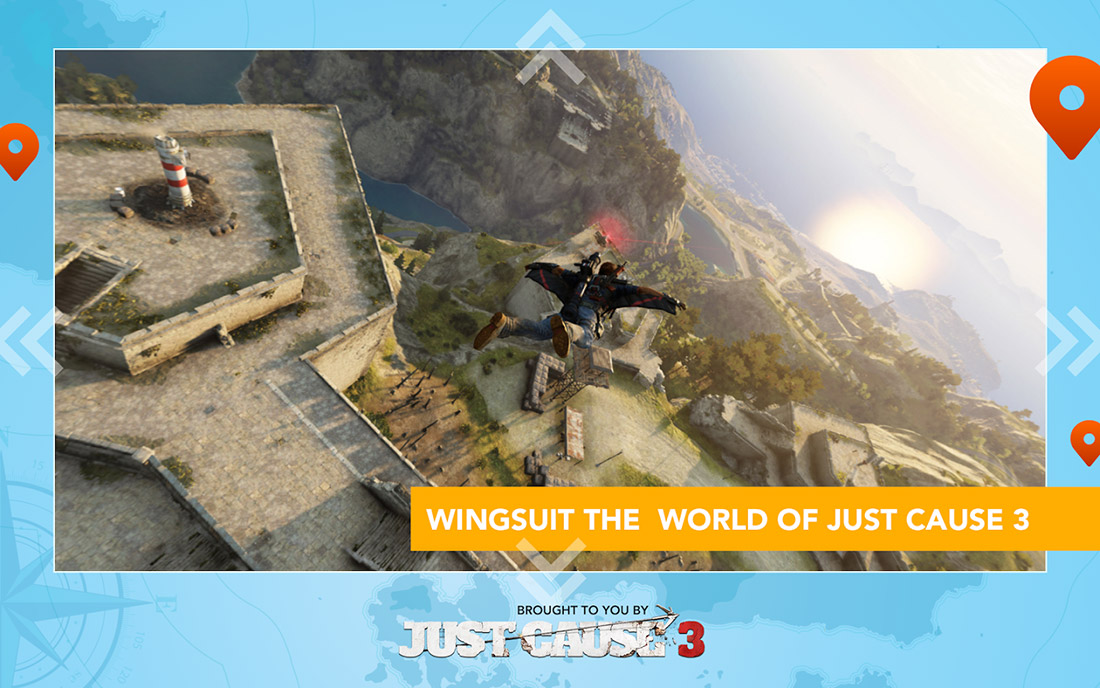 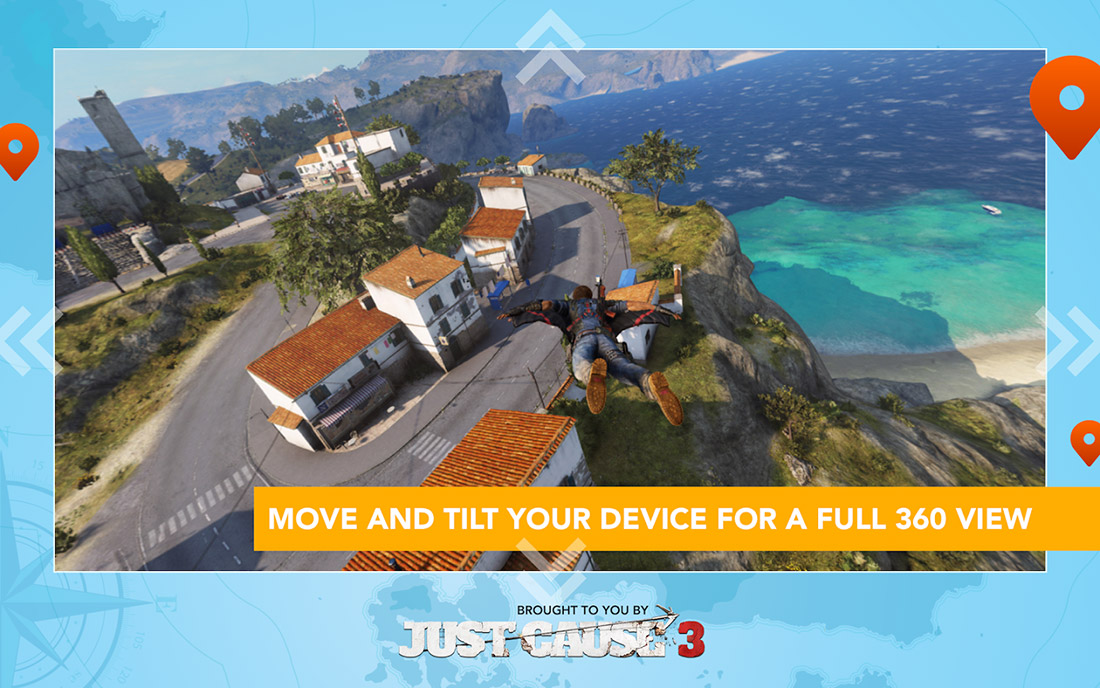 In order to show the world of Just Cause 3 in 360-degrees, in-game, we’ve captured over 10 TB of high resolution data to bring you this experience. this will allow you to immerse yourself in the most explosive sandbox ever made, ahead of the game’s release this December. – Ron Bakker, founder of Mindlight, developers of the Wingsuit Experience

As long as you have some sort of VR headset like the Samsung Gear VR, Google Cardboard, or whatever one that allows you to use an Android phone with it, you will be able to download and play The Wingsuit Experience. Grabbing a copy will cost you nothing since it is free on Google Play.