The hardware specs for the new LG G2 are beefy all around and not just for the cipset stuffed inside of it. This phone will come with 2GB of RAM, a 5.2″ full HD screen running at 1080×1920 resolution and nice big 3,000 mAh battery to power it all. The LG G2 will come running Android 4.2.2 out of the box as well. 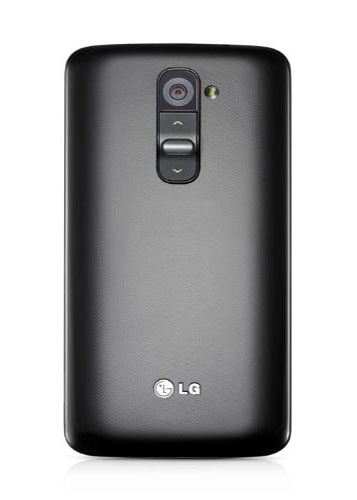 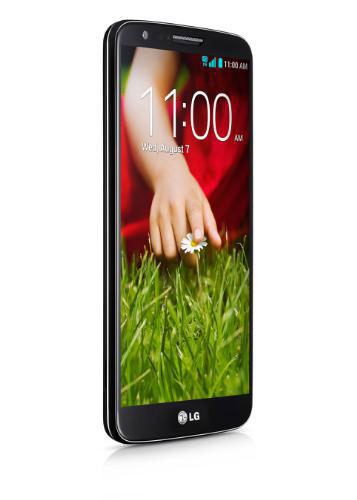 LG’s new phone measures in at 138.5 x 70.9 x 8.9mm in size and will be available in both black and white colors. This phone also comes with a variety of software which is actually somewhat unique including a Guest Access service, Slide Aside which is basically a way to multitask more easily on the phone by sliding open apps to the side, and Plug & Pop which offers up recommended settings / options for when the device detects a USB connection.

As for availability, the LG G2 will be made available to consumers on all of the major carriers in the US: AT&T, T-Mobile, Sprint and Verizon. As for actual release date and pricing, that hasn’t been released yet. If you want additional information about the LG G2, hit up the press release below.

Nearly 700 guests from over 30 countries converged at the renowned Frederick P. Rose Hall, Home of Jazz at Lincoln Center in New York for the global introduction of the device. Based on LG’s research of consumer lifestyles and behaviors, the smartphone offers users more real-life benefits such as ergonomic design, practical functions and an intuitive user experience.

“Our definition of innovation today is technology that truly resonates with consumers,” said Dr. Jong-seok Park, president and CEO of the LG Electronics Mobile Communications Company, who welcomed the guests to the event. “We have always listened to and learned from consumers in pursuit of innovation. We took these insights to new heights in developing LG G2, the most exciting and ambitious mobile phone in our company’s history.”

New Perspective in Smartphone Design
The LG G2 brings everything together in a device with comfortable, functional, convenient and beautiful design. The LG G2 shifts the paradigm in smartphone design by placing all the buttons on the rear of the device, making this the first smartphone to be completely devoid of side buttons. The unique Rear Key concept came from the realization when studying users that the larger the phone became, the more difficult it was to properly access the side keys. Moving the main buttons to the back of the phone gave users more control since this place was where individuals’ index fingers are naturally located. Researchers found that moving the buttons also resulted in fewer dropped phones when adjusting the volume while talking.

Long-pressing on the rear-mounted volume keys allows users to launch QuickMemo™ and the camera, making note taking and photo capturing even easier than before. And if the LG G2 is lying on a surface face up, there’s no need to lift the phone to access the power button on the back. With KnockON, the LG G2 can be powered on simply by tapping twice on the display.

Edge-to-Edge Display and Best-In-Class Power Capacity
LG upped the ante by incorporating a 5.2-inch Full HD display in the LG G2, the largest display designed for one-handed operation in today’s popular 2.7-inch width smartphone category. In addition to the expansive viewing experience, LG’s innovative Dual Routing technology reduced the phone’s bezel to a mere 2.65mm on the side edge. And with proven IPS technology, the LG G2 offers superior graphics, accurate colors and clear images without any distortion.

For more efficient energy usage, the LG G2 employs Graphic RAM (GRAM) technology. GRAM reduces the display’s energy use by up to 26 percent on a still frame and increases overall usage time on the device by approximately 10 percent. And with a generous 3,000mAh battery that is thoughtfully designed to take maximum advantage of the interior space, the LG G2 is more than ready for a full day’s work or play.

OIS and High Resolution for Great Pictures
The LG G2’s high-resolution camera comes equipped with Optical Image Stabilizer (OIS) technology to prevent blurring, allowing for clearer, brighter and sharper images even when in motion or shooting in dim environments. Most current smartphone cameras with OIS tend to offer resolution in the 4MP to 8MP range. The G2 is unique in that it offers 13MP and OIS technology in a slim design without a protruding lens. And features such as Super Resolution and Multi-point AF help keep everything in focus, just like a standalone point-and-shoot digital camera.

Studio Quality Hi-Fi Sound
In recent years, there has been an increase in consumer demand for superior sound in smartphones as high-quality multimedia content becomes more ubiquitous. Smartphones have become hubs for entertainment of all kind — TV shows, movies, games — and consumers expect the sound to be just as good as the image. The LG G2 is the first smartphone on the market today to feature 24 bit/192kHz Hi-Fi playback that reproduces studio-like quality sound, far superior to a CD. Now consumers can hear a level of audio realism that hasn’t been possible before in a smartphone.

Practical UX Connected to Everyday Life
Research shows that the most frequently used smartphone features are the most basic ones that users often take for granted such as SMS, social networking, directions and of course, making phone calls. The LG G2 comes with a number of compelling user experience (UX) features that provide the most practical value by focusing on a smartphone’s most popular tasks:

Unmatched Performance with Next Generation LTE
The LG G2 runs on the industry’s most advanced mobile chipset, the Qualcomm® Snapdragon™ 800 Processor and redefines the smartphone experience through stunning performance, rich graphics and outstanding battery efficiency. Qualcomm Snapdragon is a product of Qualcomm Technologies, Inc., a wholly-owned subsidiary of Qualcomm Incorporated. Through a long-term partnership collaboration with Qualcomm Technologies, LG was able to deploy the chipset integrated perfectly with the LG G2 hardware to offer powerful and yet stable performance.

Following the global launch event in New York City on August 7, the LG G2 will be rolled out in over 130 wireless carriers in the next eight weeks starting in South Korea followed by North America, Europe and other key markets. Specific dates for market availability will vary by region and carrier.