It seems this is the time for big sports games to land on the Android market. Yesterday saw the release of EA’s FIFA ’10 for Android which is turning out to be another bad launch of a game with content downloading issues (see our FIFA ’10 post for the update). Now Konami jumps into the fray and releases MLB Power Pros 2010 onto the market.

This is an officially licensed game with MLB and Konami and features 3D cartoon-ish style graphics along with actual players for the MLB and all 30 teams. All the controls are touch based, tapping and sliding your finger will make your character pitch, bat and run giving this game a pretty good pick-up-and-play feeling to it without having to learn a whole lot of controls.

MLB Power Pros 2010 also comes with 3 different game modes, one of which is multiplayer over Bluetooth. There is also Season and Custom modes to choose from when figuring out how you want to play. 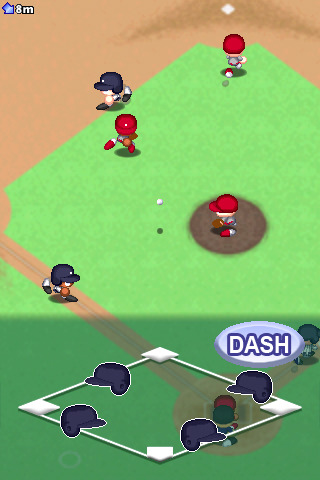 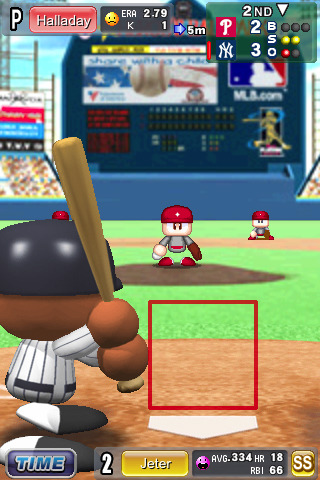 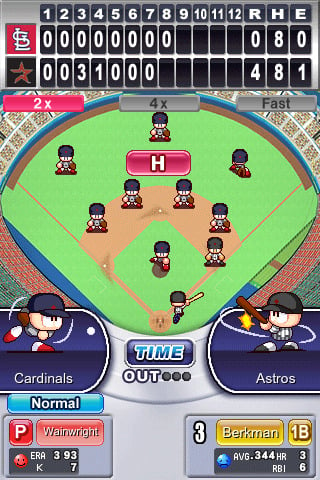 In Season mode you can start at day one and play through to the World Series and even customize the amount of games in the season with 25, 50 or 162 games in the season. Custom mode lets you customize an actual MLB team in order to make your own team to use. You will be able to do pretty much everything with the team you make including changing the name, logo and uniform as well as non-cosmetic elements like pitching rotation and batting order.

Konami released two versions of the game, one being for 1st gen Android devices and the other being on the newer 2nd gen Android phones based off screen resolution size so make sure to get the correct version for your phone. Power Pros 2010 (US) will be if you have medium resolution screens such as the G1, Eris, MyTouch 3G etc etc. The other version is for high resolution screens.

Let’s hope that this game has a much better release then what EA’s FIFA 2010 is having to deal with right now. You can go pick this up off the Android market right now for $5.99USD and sorry, no free trial version is available to test out.