The entire appearance of the game is actually fairly minimalistic in a lot of ways since for the most part you are just presented with the cloud of pixels that your have to twist and place correctly until you get your goal image created out of those pixels. While the atmosphere is pretty simple, almost relaxing, the actual game can get pretty challenging and even downright frustrating, in a good way of course. 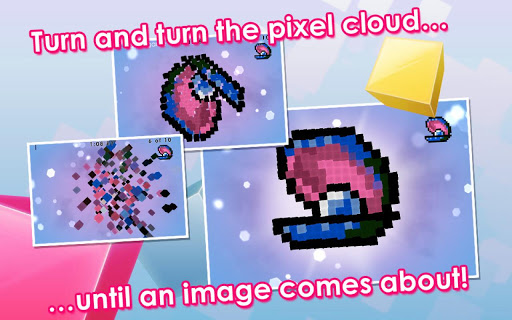 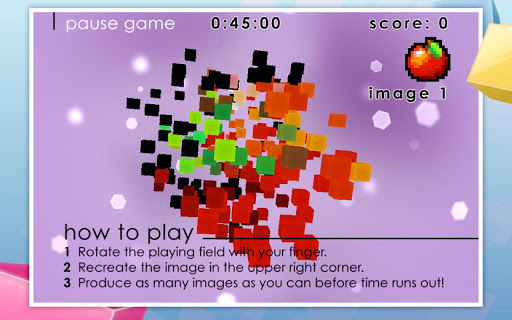 There is actually a fair amount of content in this game, all of which will have you creating images out of pixel clouds. To make things a little more interesting, you also have a timer that you’ll need to keep your eye on as well. For those of you who like challenging puzzle games, you’ll want to check out Pixel Twist, which can be download off of the Google Play store for free.