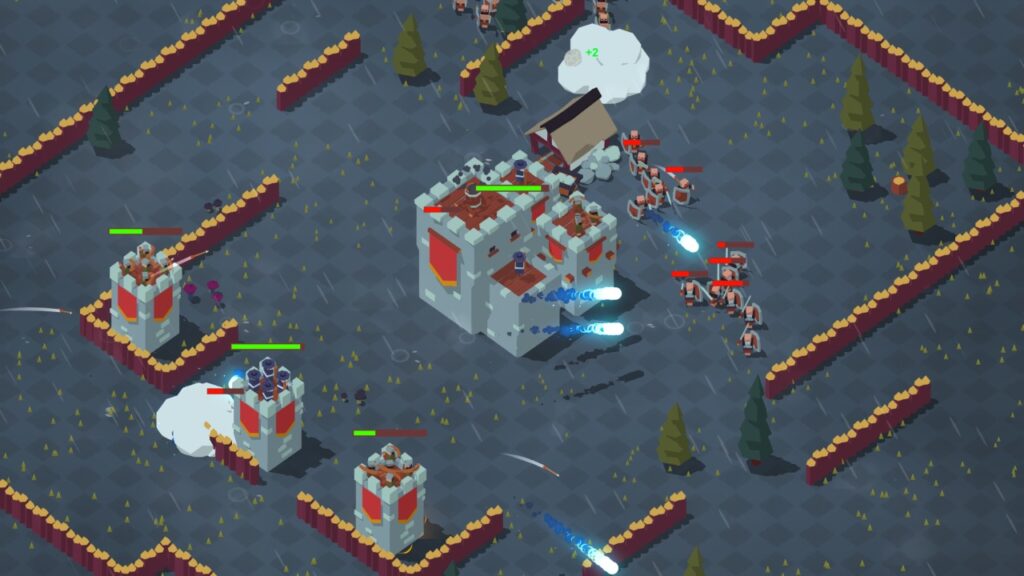 Antar Games has officially given us the North Kingdom release that we’ve been waiting for, and it’s glorious! The full title, North Kingdom – Siege Castle, is now out exclusively on Google Play.

The game has received a bit of a soft-launch, as the game remains under the radar, with Google Play reporting just over a hundred downloads.

What Is North Kingdom?

We’re aware that you might have no idea what this game is following the North Kingdom release, due to it popping up seemingly out of nowhere. Here’s some info about the game to bring you up to speed.

North Kingdom – Siege Tower is marked under “strategy” on Google Play. The game is a castle tower-defence game, following the usual tower-defence formula.

What’s appealing about North Kingdom, however, is the unique aesthetic. While it’s nothing mind-blowing, the minimalistic, smooth 3D art is pleasant upon the eye, offering a different approach to the strategy game.

Can You Survive The Frozen North?

The game features multiple gamemodes, such as “survival”, as well as the campaign mode.

Survival is pretty self explanatory in this genre; build up your defences and try to survive wave-after-wave of enemies. As the game goes on, you can upgrade your towers and gather a variety of resources.

What we love about North Kingdom is the fact that it’s free-to-play. Usually the pay-off for a game being free to play are the abundance of annoying adverts that plague the menu screen. North Kingdom has no adverts, allowing you to game peacefully.

If you’re out-and-about with no Internet connection, then North Kingdom is still an option for you, as there’s an offline mode.

Who Is Antar Games?

Antar Games is the studio and creator behind North Kingdom – we’ve established that. But what else has it done?

The studio describes the products it makes as “games made with soul” on Google Play. As well as North Kingdom, the studio has released Kingdom Guard, another offline tower defence game, and Space Flight, a pixel rocket game.

If you’re interested in the game, check out North Kingdom right now on Google Play.