While everyone with an original Shield Android TV console is waiting to get the Android 7.0 (a.k.a Nougat), which has plenty of confusion as to exactly when that will be arriving (around a week from now), the Shield Android TV isn’t the only Shield device getting the OS update soon. The Shield Tablet will also be getting the OS update but that is still a bit further in the future. 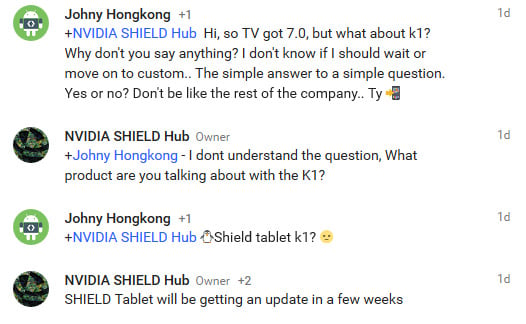 There isn’t much more to go on regarding this, but we have reached out to our friends at Nvidia to see if we can nail down a bit more of a specific date/time frame to expect the update for the tablet to arrive.