The device will be dropping the ‘Project’ part of its name as well and will be known from now on as simple Shield. For those of you who signed up for email updates regarding the Shield’s progress, you have the ability to pre-order the device now while everyone else will have to wait until May 20th. We also have a complete list of hardware specs to check out now. 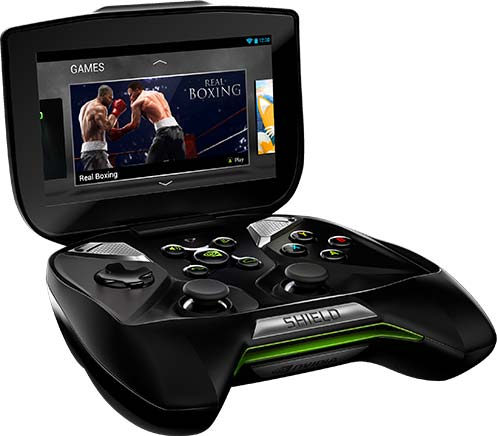 While this device can play any Android game that is available, it can also play PC games as well such as titles through Steam streamed to the device. Once Nvidia’s GRID becomes more abundant, you will be able to play pretty much any game available on their game streaming service as well as long as you’re connected to the internet. When you pick up a Shield unit, it will come with 2 games: Expendable: Rearmed and Sonic 4 Episode II THD.

For those of you eager to get your hands on one, regardless if you can pre-order now or later, you’ll need to shell out $350 to get one. After the pre-orders ship in June, Shield will be available on ewegg, Gamestop, Micro Center and Canada Computers. One last thing to note, these pre-orders are for US and Canada residents only.