The Kai platform will allow manufacturers to create Android 4.0 quad-core Tegra 3 Android tablets that can sell at a price point of $199. What tablets will appear with this platform remains to be seen of course whether it is a Google Nexus tablet or others varying in size from 7″ to 10″. 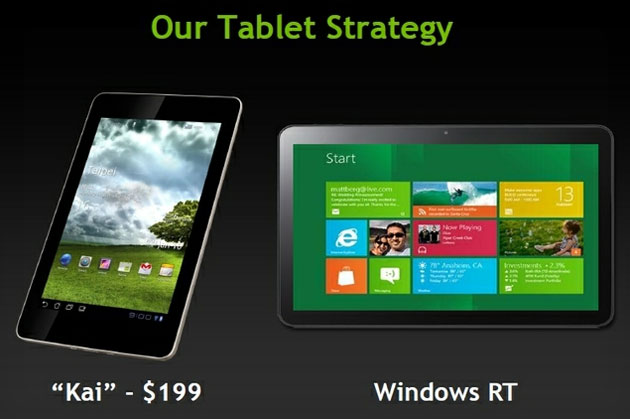 One other interesting point which Android and Me pointed out was that the Asus MeMo 370T that was showcased at CES 2012 which, if you remember correctly, was a quad-core Android 4.0 tablet which was to retail at $249 but never went on sale, looks a hell of a lot like the Kai preview image used in the nVidia slide. Will we finally see this tablet arrive but under the Nexus branding? Compare the images above.

In the end, the idea of quality quad-core tablets at a very affordable $199 pricing should make a lot of people eager to nab one who, up until now, were not willing to drop the large cash needed to get one.