The ODroid by Hardkernel, for those of you who forgot about this little device, is a handheld portable game console sporting the Android OS and looks like a PSP but with more buttons. You can also hook it up to your tv with 720p video output via HDMI should you want to show off your mad Farm Frenzy skills while at your buddy’s house.

ODroid comes in three flavors: Lite, Premium and Developers Edition with prices ranging from $199 for Lite to $349 for the Developers Edition. Originally this was suppose to ship with Android 1.5 but since then it has been upgraded to Android 2.1, so you can now have an Android 2.1 device for $199. For some reason the site still claims it ships with Android 1.5, no idea why, maybe it ships with 1.5 but gets upgraded to 2.1 right away. Either way the ODroid platform is ‘completely open’ for developers to develop on.

and you also get a debugging board to connect between the ODroid and your PC. 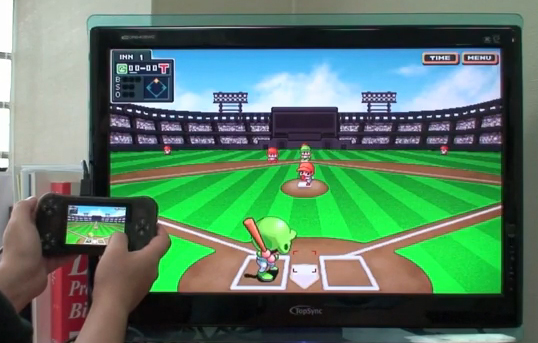 Hardkernel is stating that the ODroid Android 2.1 will be available in early March (which is now technically) and can be purchased from their online store. SlideMe, one of the more popular Android alternative markets, comes preloaded onto the device as well. They also have a list of 3rd party markets on the development site to make life a little easier finding games and apps.

The real question is, would you even buy one of these? For one thing, the screen is awfully small for a device like this and there is plenty of room around it for it to be a bigger size. Also, in the picture you can see it has a dialer/contacts and everything else so would this fit into T-Mobile’s (or whatever carrier you use) phone plans?

I’d love to get my hands on one of these to test it out even if I can’t use it as a phone but without being able to try it first I’m not sure if I would buy one.