Ouya teased not too long ago that it would be releasing an improved version of their original Android-powered game console in the near future. This is not the Ouya 2 or any sort of next-gen version of the console but just an enhanced version of the original with some improvement to storage space, the controller and other features.

This new and improved Ouya will come with 16GB of storage right out of the box which is double what the original console. That isn’t the only improvement for the console though. This new edition will also have boosted WiFi connectivity and the latest firmware for improved performance overall with the console. 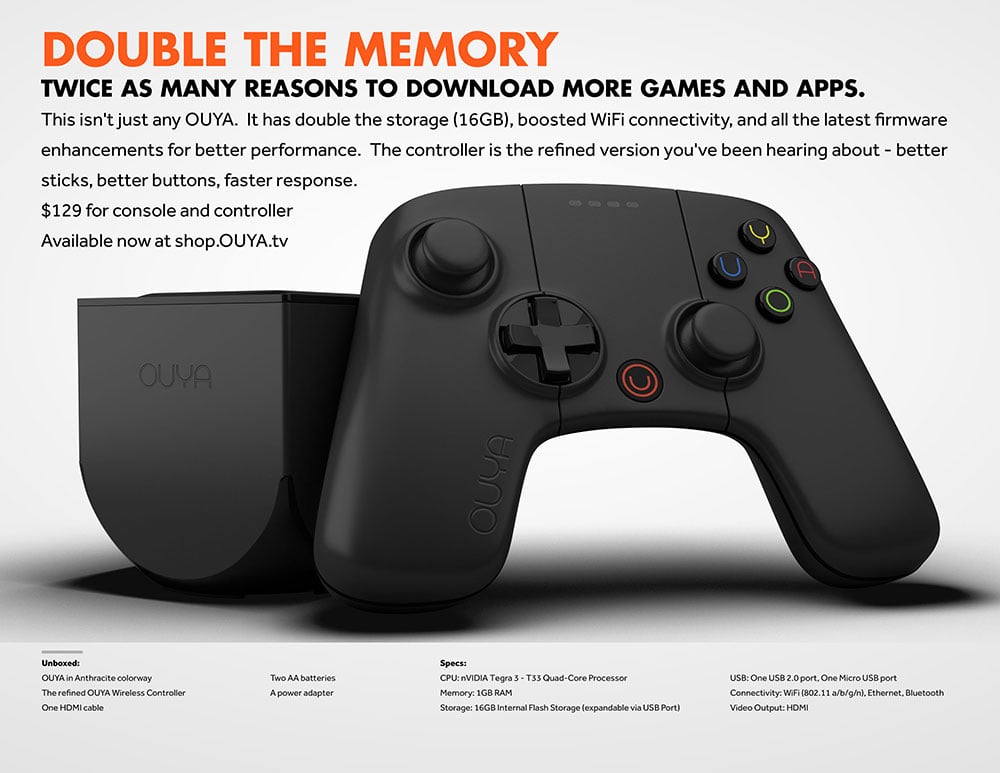 The controller has also been improved upon with better Bluetooth for faster response times as well. Less lag between the controller and the console means better gaming experience overall. Lastly, the overall look of the console has been changed and now sports a new black matte finish.

The new and improved Ouya is now available on Amazon and through Ouya’s actual website and will cost you $129.99 but is currently only available to residents of North America. The original Ouya is still available for the old $99 price tag as well. There’s also a few limited edition white ones showing up on Amazon even though they are apparently sold out.

Side note: As of the time of writing this, Amazon isn’t showing the new 16GB Matte Black Ouya for sale just yet but it should be live shortly for those of you interested in buying one.