I-Play who has developed a few games in the past for Android and also runs a rather popular online gaming site (mostly flash games with some that you can download) just released Paradise Quest in two flavors, SD and HD, to cover every device and their different screen sizes. This game is the whole match 3 or more of the same object to get rid of them type puzzle game but with a whole lot more to it.

If it is exactly like the version they have available on their website then this game comes with:

– NEW TWIST: make matches to navigate and explore hidden areas of the game board

So definitely not your typical match puzzle type game as you can see. However, if it isn’t like the online version (which it probably isn’t since the online version is roughly 126MB) you can at least expect some great graphics, good game play and more then likely the power-ups and the hidden areas. Also every stage doesn’t have just a square board which makes for some interesting game play when trying to match up 3 or more of the same object. 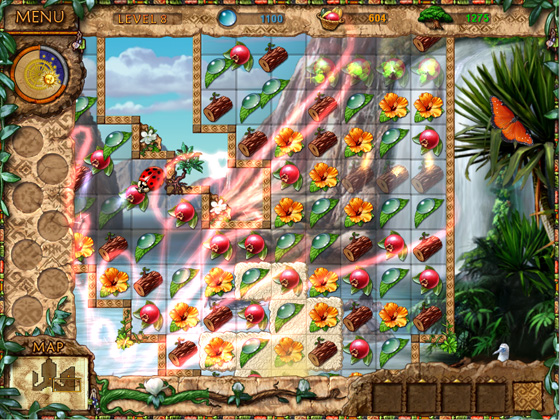 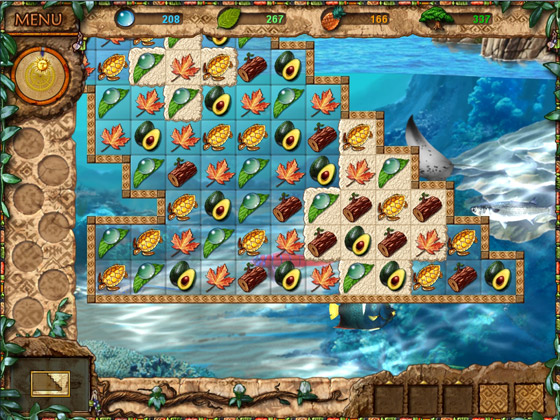 As soon as Google implements saving and running apps/games to the SD Card natively instead of having to use something like Apps2SD then we won’t have to worry about game sizes and the lack of internal memory our phones still manage to come with. When that happens we should be seeing some really awesome games coming to the Android platform because that will make Android a much more viable gaming platform for developers.

Anyways, rant aside, I’ll be picking up this game and giving it a go today since it looks really good so if you like these types of puzzle games then you’ll probably love this one, it’s a good time kill. I don’t have a QR Code just yet since it JUST came out so I’m waiting for one to appear. Screen shots are from the download-able version, the graphics and UI are the same pretty much for the Android version and these are nicer shots.

Honestly, I’d like to see some of the other games they have on their website come over to Android more then another 3 or more of the same puzzle type game but as puzzle type games go, this is pretty solid.