In time for the holidays, Android’s first 3D MMORPG has received it’s first major update. When it arrives we can expect new play types, new quests available for all 15-20 level players, and an improved store interface making in game purchases easier. New content listed with improvements and features found after the break.

The first major update to Spacetime Studio’s 250,000 (plus!) downloaded MMORPG Pocket Legends has landed. Available now from the Android Market it brings many new features, changes and even new content to all players.

New Features or Changes:
Pocket Legends is already the biggest title by content on the Market today by far, and it starts off strong with an impressive updates. Surely, this must be the beginning of a trend for the game we previewed earlier this week that relies on updates and continued growth to keep us playing. Updates like this one are something we can certainly get used to in the future. 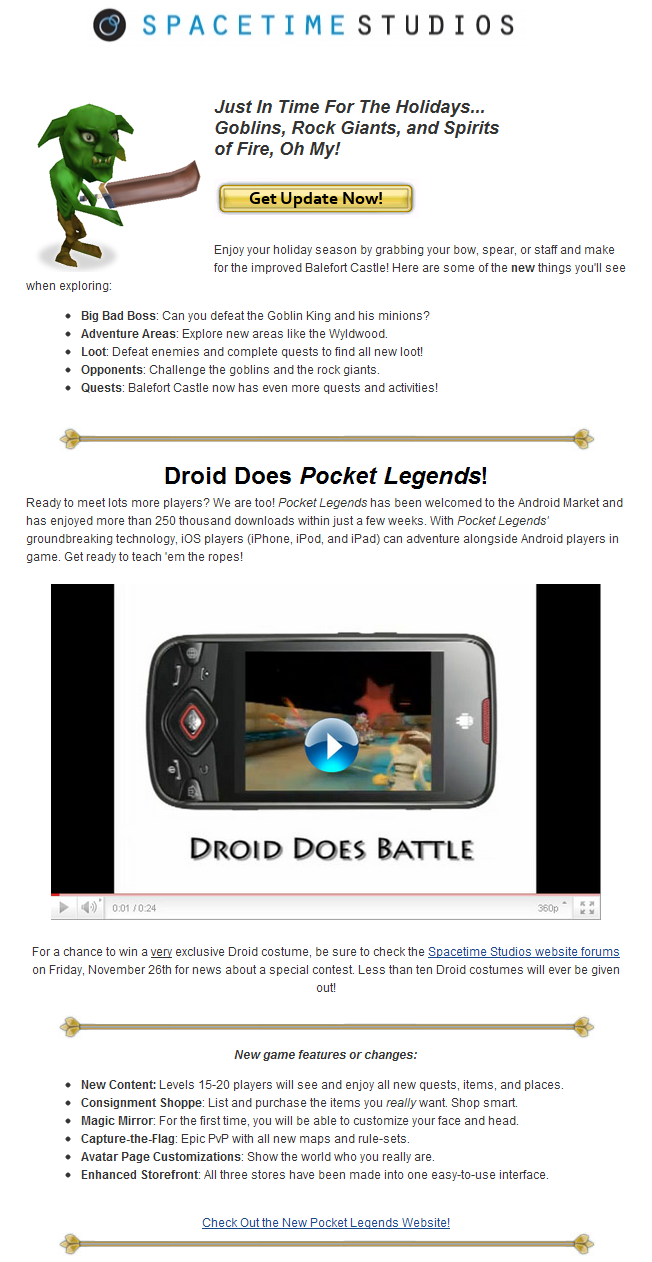