Originally released as World of Dots, Puzzle Spin is a re-release of the game, though with a slightly different focus. Whereas the former had a story to it, this one focuses on the puzzles proper, and has a total of 75 of them, that are broken down into three sections of 25 each.

In Puzzle Spin, players are looking align dots of the same color. This is done by tapping in the middle of them to rotate the four dot around where players are tapping. This mechanic is inspired by the Rubik’s Cube toy that many of us played with as kids. So, for example, players might begin the game with a five by six grid that’s almost entire comprised of blue dots, and players will try to link up a single line of red ones, in an unbroken line. This needs to be accomplished within a set number of turns, otherwise the level must begin again. 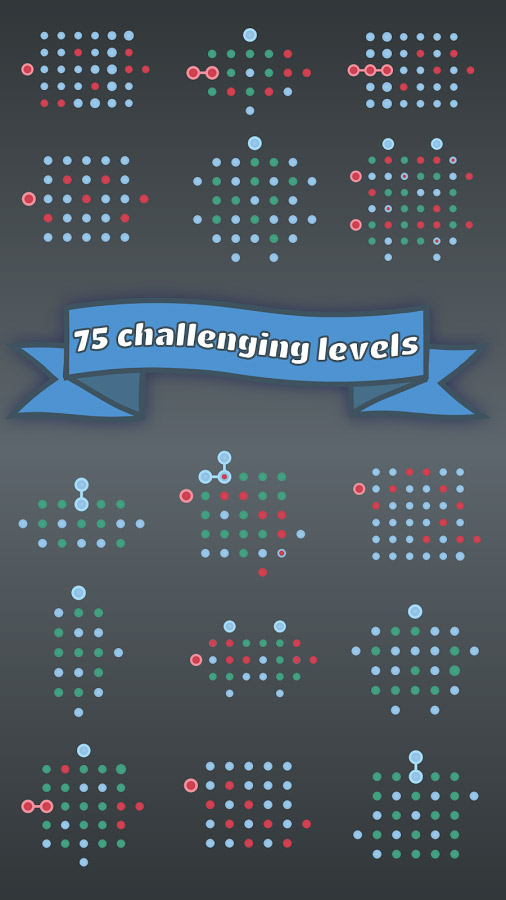 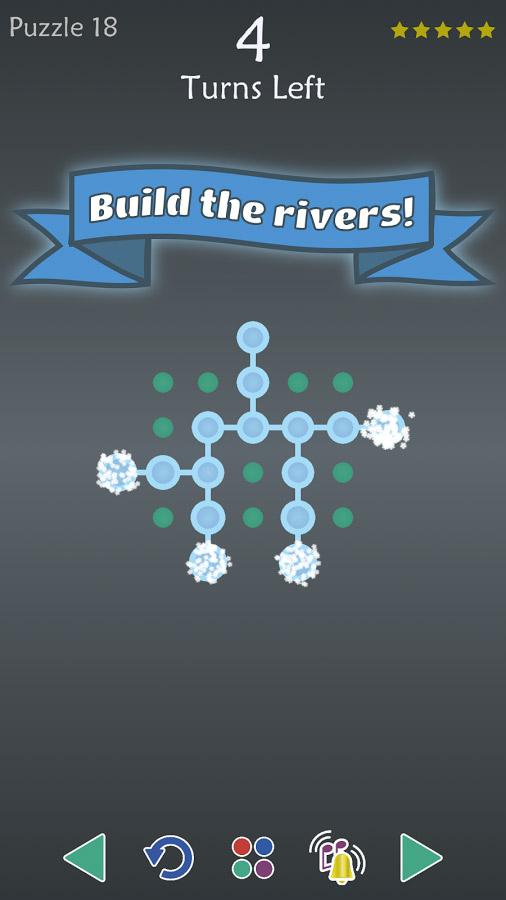 Each level is awarded up to three stars, with the number of stars awarded being predicated on how many moves are left to the player when the level is completed. Thus, there are a few “extra” moves available to the player. If a player realizes that a move was incorrect, there’s an undo button at the bottom of the screen which reverses moves as far back as the beginning of the level. As the game progresses, the size and complexity of the levels will increase.

Players can find Puzzle Spin for free on Google Play, though the game does include an optional IAP as well. The IAP is only $0.99 and unlocks levels 26-75. Interested players can hit up the link below to snap up a copy of Puzzle Spin.