One of the new zombie-filled updates is for Angry Birds Pop, which is Rovio’s bubble popping game featuring slightly agitated birds and mischievous pigs. The new Halloween update for this game is called The Popping Dead, and brings with it 20 new additional levels, all of which are themed around the upcoming candy-filled holiday.

Red also makes his return to Angry Birds Pop in this update as a playable character. Players will need to take advantage of his special Rock Pop ability if you want to be successful at getting all of the candy back from the zombie pigs that stole it all. Players can also collect candy to earn special rewards. 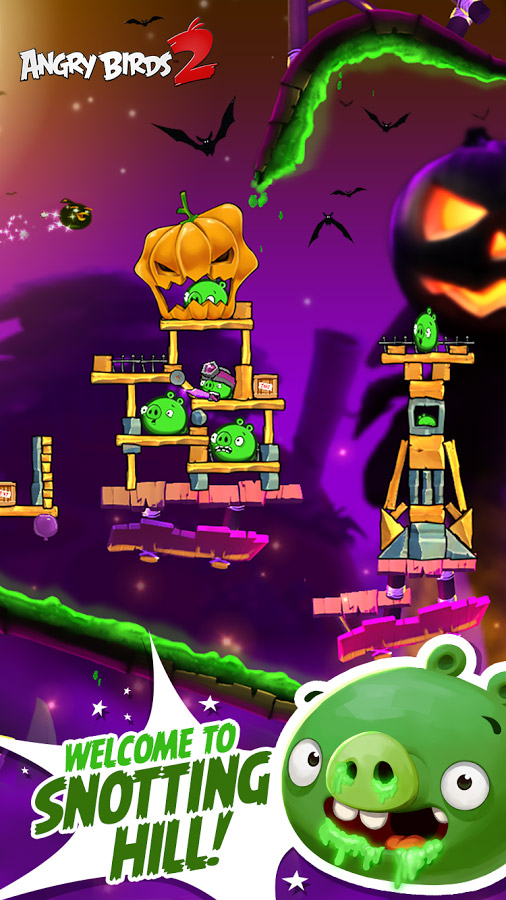 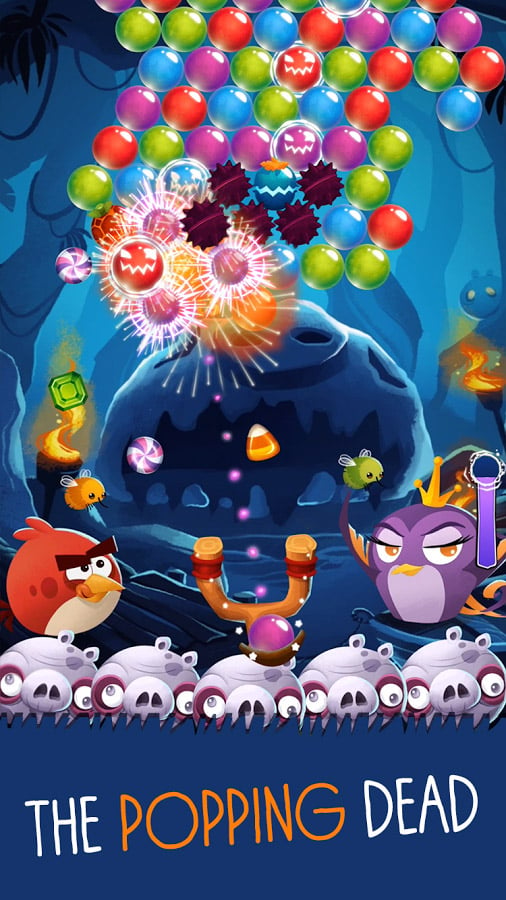 The other Halloween update is for Angry Birds 2 and is called Snotting Hill, which takes place on Piggy Island. In total, Snotting Hill also adds 20 new levels to this game, all of which have plenty of snot and slime in them to deal with.

Outside of the Halloween content, this update does bring an additional feature to the game. This new feature is player profiles and friends leaderboards. Tapping the avatars of your friends and competitors will allow you to see their profile, complete with their birds’ levels and other stats. Of course there is also additional tweaks done to the game for better performance.

Both updates are now available for download off of Google Play for free.