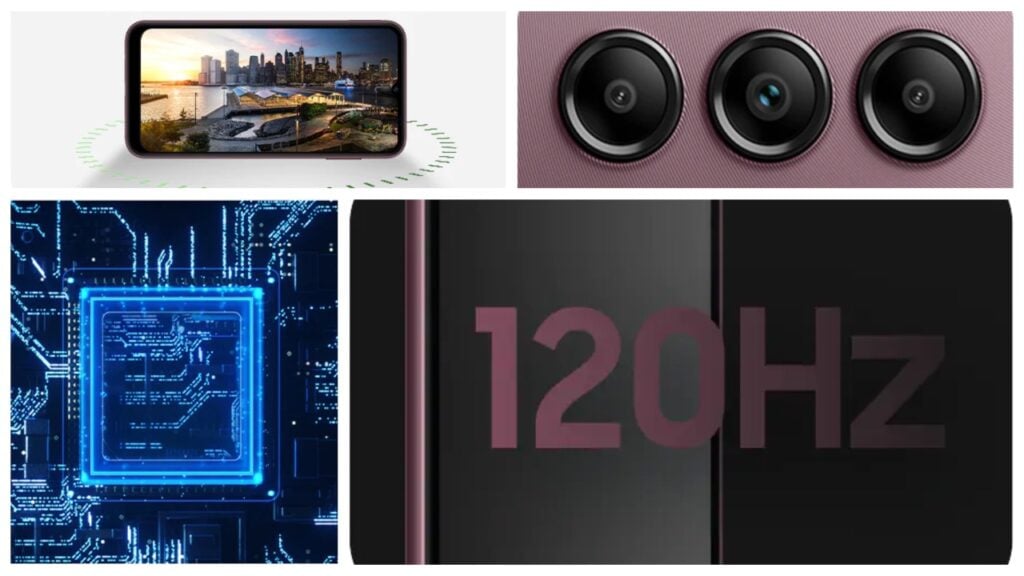 After debuting its Galaxy A14 5G last week at CES, Samsung has already confirmed that it’s releasing another A series phone. Whilst we don’t know a specific name or date yet, the teased specs have us hyped.

You can check out the specs on the official announcement page. The budget phone will have a 5G processor, a triple-camera setup, and 8GB RAM. But what’s got us most intrigued about the phone is the promise of a silky smooth 120Hz display.

Whilst not designed as a dedicated gaming phone, we can already see the potential of this powerful yet budget-friendly device. The phone has all of the components of a decent gaming phone, with the high-refresh-rate display being the icing on the cake.

The 5G processor, along with the plentiful amount of RAM, will be able to handle any game you throw at it. This, in combination with the 120Hz display, should be perfect for FPS games, especially competetive ones.

In particular, we’re excited to benchmark the competetive FPS Rainbow Six Siege, which is set to release this year. Most phones commonly have refresh rates of 60Hz and 90Hz, meaning you’ll have a massive advantage over your opponents.

Not Just For Gaming

As stated before, it doesn’t look like the phone was made specifically for gaming. The phone will also boast a triple camera that has a No Shake Cam feature. This allows you to record blur-free videos on your phone, even when you’re moving around freely.

With this feature in mind, the phone could be a good first phone for aspiring vloggers, or even young filmmakers. With the device being apart of the A series, it’s safe to assume a fair price for the phone. This will make content creation more accessible.

But When Is It Coming Out?

As we stated before, the phone hasn’t got a release date, so it’s all speculation at the moment! Samsung will give the phone a more detailed announcement on January 18, so we can expect an official release date then.

Meanwhile, read about what Razer have been up to lately with their new Android hand-held gaming device.