Over at AndroidCommunity they just released a leaked photo of what is being dubbed the Saumsung Galaxy S Pro. While we here at Droid Gamers have been supporting the Samsung Galaxy S as the reigning gaming phone to get when it hits stores, the Pro version offers up just a little more incentive…a full QWERTY keyboard to make gaming just a bit more easy.

While all of this is still in rumor mode, the idea of having a super gaming phone but with a keyboard is very very enticing. This will be a slide out QWERTY keyboard, same sort of slide out like the G1 or most other Android keyboard phones. If it is anything like the original Samsung Galaxy S you can expect comparable specs: 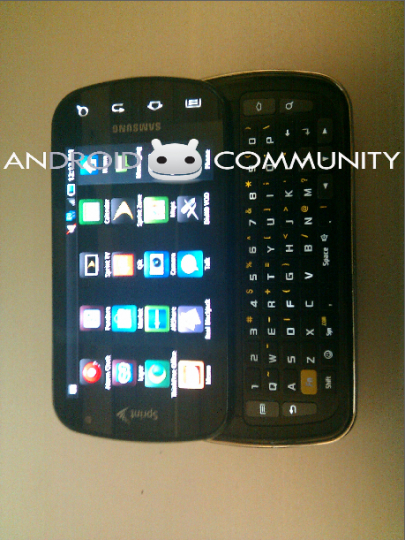 The above picture is the newly leaked and rumored Samsung Galaxy S Pro (thanks to AndroidCommunity). Now all we would need is a Game Gripper made for it and all is well. We will definitely be keeping our eye out for more news about this phone. So who would not want a Samsung Galaxy S Pro?