The next generation of the Samsung Galaxy Note, appropriately named the Samsung Galaxy Note II, has officially gone on sale for those of you who have been eagerly waiting to get your hands on this new device. Depending on the route you take in acquiring one, you can purchase it for $370 on-contract through T-Mobile or, if you want to get it a little cheaper, you can hit up Wirefly where it is currently going for $279 with a new two-year contract.

As a recap of the specs for the Galaxy Note II, this is what you will be getting regardless of the price you pay: 5.5″ Super AMOLED display at 720×1280, Quad-core Exynos 4412 processor at 1.6GHz, 16GB Internal Storage expandable using a microSD card, 8MP rear camera and 1.9MP front-facing camera, and finally a 3100mAh battery. 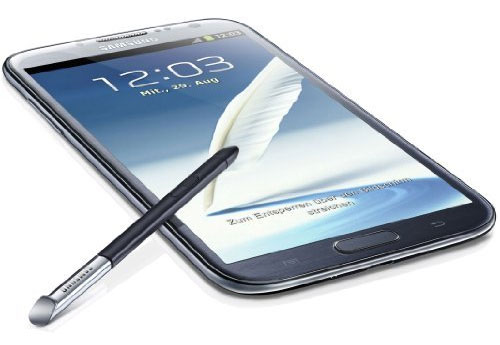 You’ll have your choice of two colors as well, one being grey while the other is white. However, if you are anti-contract or want one that is unlocked, you can pick those up off of Amazon right now for $685.99 ($300+ off the actual $999 price tag). According to Amazon though, there are only 15 left as of the time of writing this for the factory unlocked version and 18 left for the International unlocked version. All the links you need are available below. If you are looking for the Galaxy Tab 2 10.1 tablets, those are still ‘coming soon’.