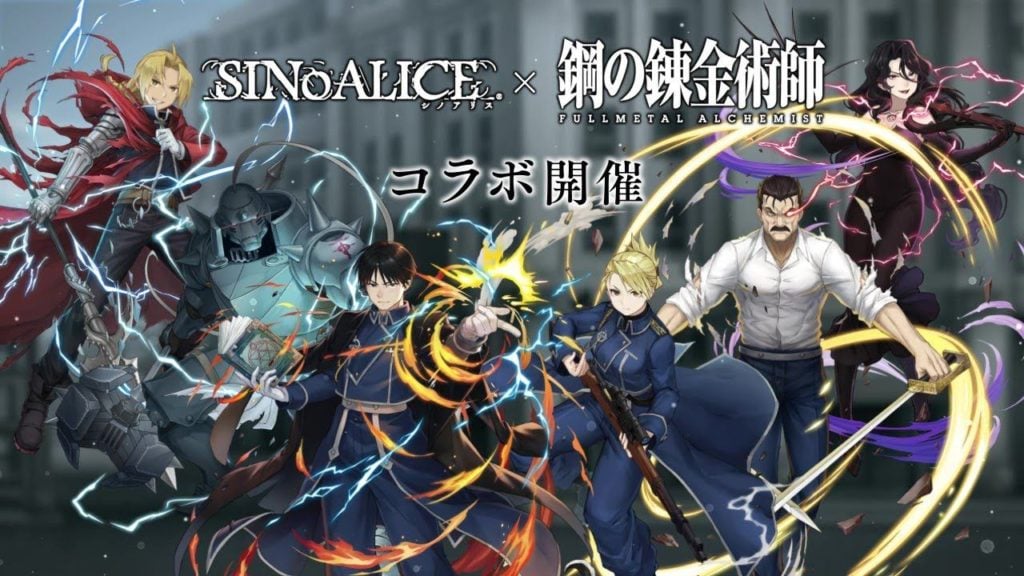 The new SiNoALICE JP Full Metal Alchemist collab starts today, with some excellent new additions. The exciting collaboration, officially titled “Beyond the Door, Alchemy of the End”, allows you to obtain fan-favorite characters such as Edward Elric. If you log into the Colosseum during the event period, you can work towards completing the missions to receive special rewards – including 100 gems.

You can use gems to purchase the SS weapon, “Extermination Scythe”, which is now available in a Gem Pack bundle. This scythe can double as a multiplier when taking part in the SiNoALICE JP Full Metal Alchemist collab. Additionally, there’s a new weapon called SS Nightmare (Pride) that arrives as part of the collab. This weapon reduces the effects of enemies in the Colosseum – but keep in mind that you can’t use this effect during the last 90 seconds of a match.

Alongside the new shop additions, there is now a new banner – “Bearer of Deadly Sins”. The rewards included on this gacha banner are Envy and Sloth from the Full Metal Alchemist anime series – they’re now available as limited-time Nightmares.

Furthermore, another new banner for the collab is the “Visitors from the Land of Discipline”. Part 1 of this gacha banner includes Riza Hawkeye as a Gunner, and Roy Mustang as a Sorcerer. Part 2 of the banner features King Bradley as a Breaker, and Lust as a Minstrel. Alphonse Elric is available on both banners as a Crusher. Step 5 of the banner guarantees you 1 SS item, as well as the chance of an SS appearing being even more likely.

By taking part in the collab, you will earn “Neo-Shooting Gacha Tickets” which you can use to earn plenty of rewards. Enjoy playing solo or play with your guildmates!

If you’re new to the SINoALICE, check out the game’s official website.