While all the specs are not known at this time, we do know a few important ones already. 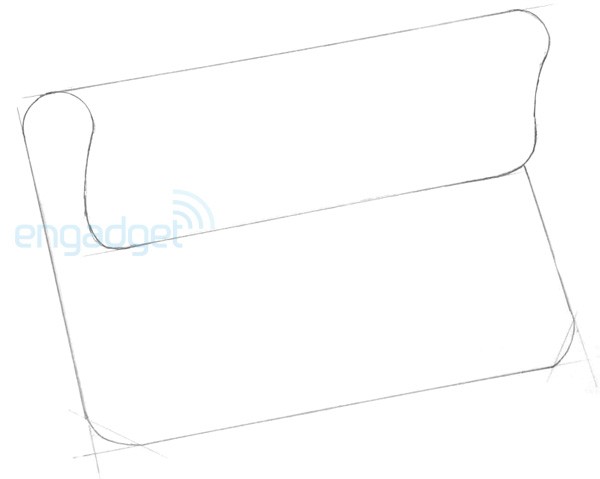 According to the source that leaked this info to Engadget, the design is supposed to make it look like an opened paperback book and that the folded area is going to make it easier to hold with one hand and for typing. The mock-up sketch though makes it look like a half folded pancake. Good thing we like pancakes.

Also according to the source, the S1 will have a strong emphasis on Qriocity which is Sony’s service for games, music, ebook and other on-demand content. It’ll also come with PS1 games and Playstation integration and will probably have full access to the Playstation Suite as well. This also could be why the Playstation branding on the Xperia Play was at a minimal, since this seems to be more of a gaming/Playstation tablet by the sounds of it so far.

We will apparently see the Sony S1 shipping in September 2011 with a price tag of $599 for the WiFi-only version.