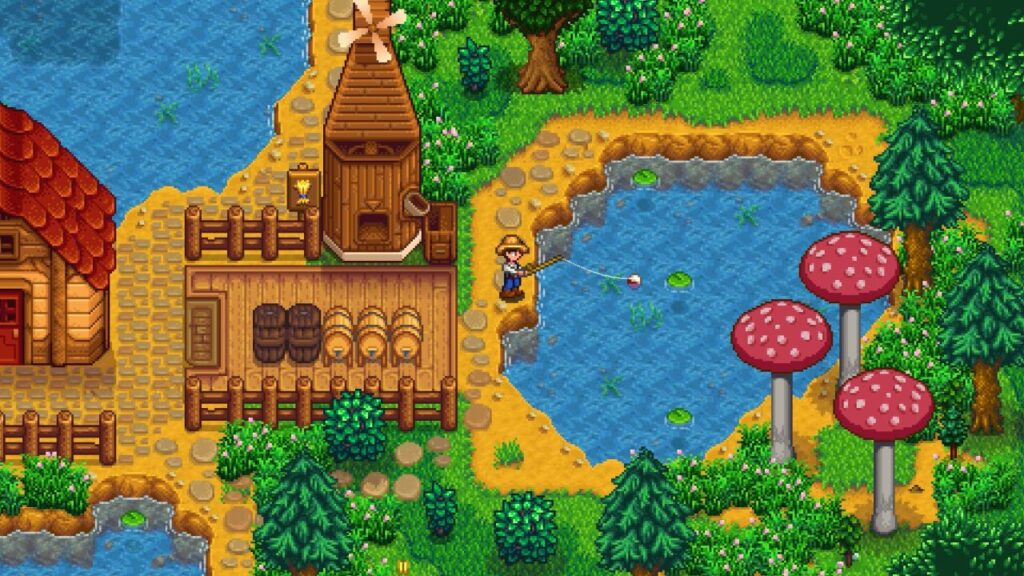 Stardew Valley 1.5 Android release has dropped, and we’ve got a ton of new content now available to enjoy. The update brings a new area, Ginger Island. This area comes with Leo, a new NPC with his own backstory, events and plotline.

Leo isn’t the only new face. Some new smaller-role NPCs include the elderly widow Birdie, crop-loving Gourmand Frog, and the lost Professor Snail.

There’s a new dungeon to explore, the Volcano Dungeon, which will change with each visit. There are quite a few new enemies populating it too, so watch out.

Ginger Island brings some new farming opportunities too. The Island Farm will let you plant crops in any season, but you won’t be able to build.

There’s new stuff on the regular farm too. A new beach farm is available. There’s also a new bit of livestock in the form of the ostriches – hope you like eggs.

You can now move your shipping bins and beds around. There’s more opportunity for renovations once your house is fully upgraded, too. There are tons of new farm machines, from a geode crusher to solar panels. Most importantly, ducks now swim, and some baby animals will now follow their parents around.

You can check out a full list of the changes in the Stardew Valley 1.5 Android update via the official website.

One Of The Indie Greats

Stardew Valley is one of the greatest indie success stories of all time. Inspired by the Harvest Moon series, the game is mostly the work of one developer.

Eric Barone, better known as ConcernedApe, worked on Stardew Valley in his spare time. He hadn’t been able to find work in the computer science industry and was working as a theatre usher at the time of the game’s development.

The game set out to fix everything Barone thought was wrong with modern Harvest Moon games, and the gaming community obviously agreed. It has sold over twenty million copies to date. Now that’s a break-out indie.

Existing games are all well and good, but are you looking for something new? Well, check out our Best New Android Games this week list.