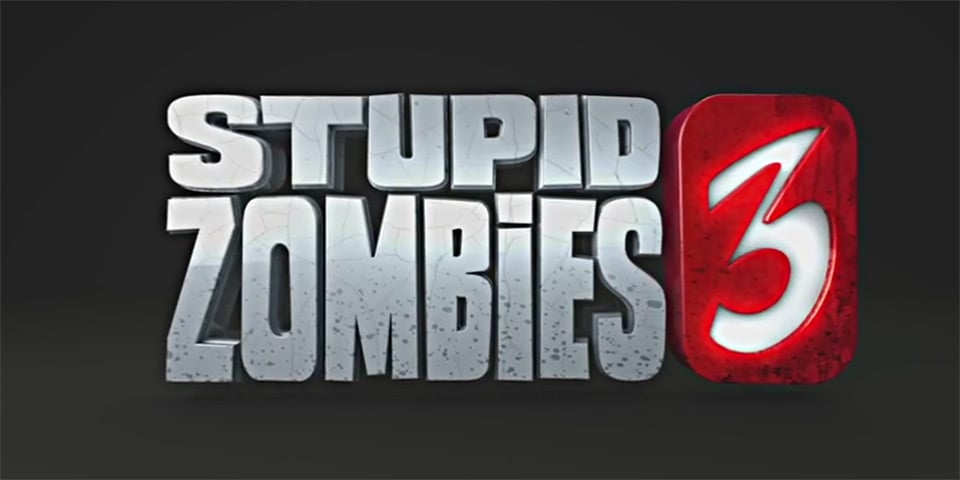 As we reported on its pending release nearly a week back, Stupid Zombies 3 has arrived on to Google Play today. This game is a puzzler, yet looks like an action-oriented, 2D side scroller. The idea of the game is to kill off all the zombies, in order to complete the level. What makes it a puzzle is that the player has limited resources (ie- number of bullets) in order to achieve this, so a workable solution needs to be found.

In an Angry Birds fashion, players are looking to line up “trick shots” that ricochet around corners, to take out zombies; hitting barrels that explode and burn multiple zombies away, would be one example. With this being the latest installment, there are tweaks and upgrades over its predecessors. The devs have added new wastelands, heroes, and weapons for players to take advantage of. 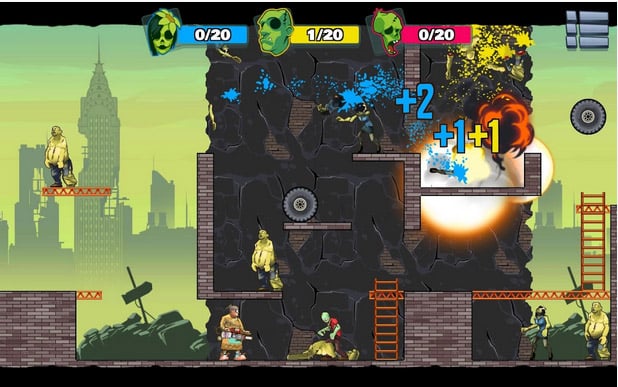 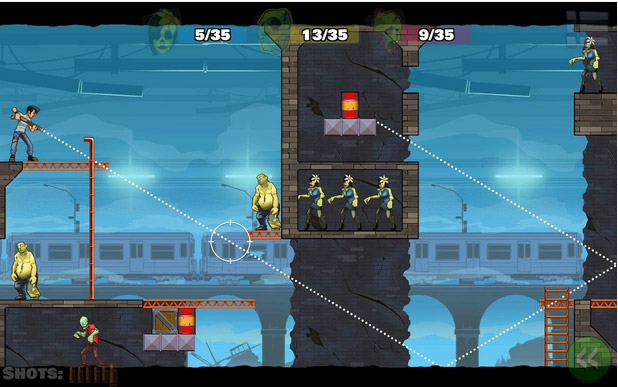 – Three unique settings and more than 100 levels to battle the zombie hordes.
– Use a straight-shooting shotgun, a fire-spewing flare gun, or bomb-bouncing grenade launcher  to blow away the zombie hordes.
– Varied zombie positions and paths offer endless replayability.
– New power-ups let you rewind an errant shot or keep firing when you run out of ammo.

For those of you wanting to grab a copy of this game, Stupid zombies 3 is available for download off of Google Play for free with optional IAPs as well. You can also check out the game in action with the trailer below. Depending on where you live, you may already have this game as the developers did a location limited soft launch last week.