The first Minecraft: Pocket Edition build pictures are starting to trickle in.

Well it sure didn’t take long for some of our readers to snatch up a copy of Minecraft: Pocket Edition for Android after the update on Friday that made is accessible to non-Xperia Play Android 2.2 devices and start building big things inside of it.

Here is the first picture submitted to us by Rhys. It’s only fitting we think that the first picture we showcase happens to be a giant Android built in Minecraft: Pocket Edition on a non-Xperia Play device to celebrate it invading a plethora of new Android devices and, in doing so, killing a lot of peoples productivity whether at work or at home. 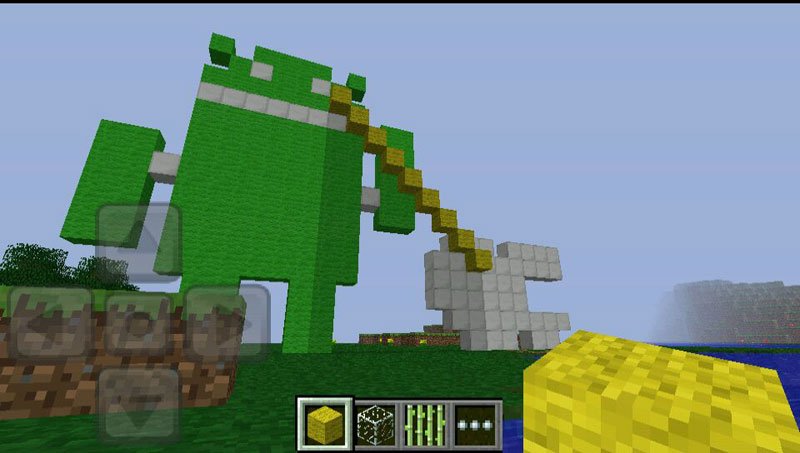 In the photo it also looks likes a laser beam coming out of one eye which happens to be dissolving what appears to be an Apple logo but that could just be my interpretation of it. Either way it’s a nice and impressive Android statue, a rather large one at that so good job Rhys!

If you’ve built something impressive in Minecraft: Pocket Edition and want to show it off, feel free to send us a screenshot along with a little info about what it is to 702records [at] gmail [dot] com and we will add it to our gallery we are building and showcase it in a post as well.