So you may be wondering why we are reviewing a PC HD video recording card. The reason for this is that the Hauppauge Colossus HD card is able to record HD videos of gameplay from your Android device. This is something we found out while trying to find a good solution to record gameplay videos of Android games.

Using the emulator that comes with the Android SDK and Eclipse is decent enough but can still be a bit slow and laggy. Other than that, unless you don’t mind holding a handheld camcorder or setting it up on a tripod inches away from your monitor, recording a nice HD gameplay video of an Android game can be a bit of a pain in the ass. After checking out different video recording card, we decided to nab the Hauppauge Colossus HD.

If you play on the Xbox360 or Playstation 3 and make gameplay videos from games on those consoles, you are probably familiar with Hauppauge’s HD PVR system which a lot of people use to record gameplay videos in HD off of those consoles. The Colossus HD is the same idea but just in a video card format instead of a stand alone box.

When you purchase the Colossus HD card it comes bundled with a few different programs. ArcSoft ShowBiz is the one you will be using to record your Android gameplay videos. You will also need an Android device with an HDMI-out slot and a micro-HDMI to HDMI cable. Other than that, and a decent PC, you should be good to go.

Of course the better hardware specs you have, the better performance with this. That applies to everything for the most part when it comes to a PC. Recording is done in HD H.264 format.

Important Note: Be sure to check and make sure your Android device allows for HD Capture. Some devices, even with an HDMI-out port, have HDCP security. You can get around it but it isn’t for the faint of heart. Thanks to Chris in comments for pointing this out. 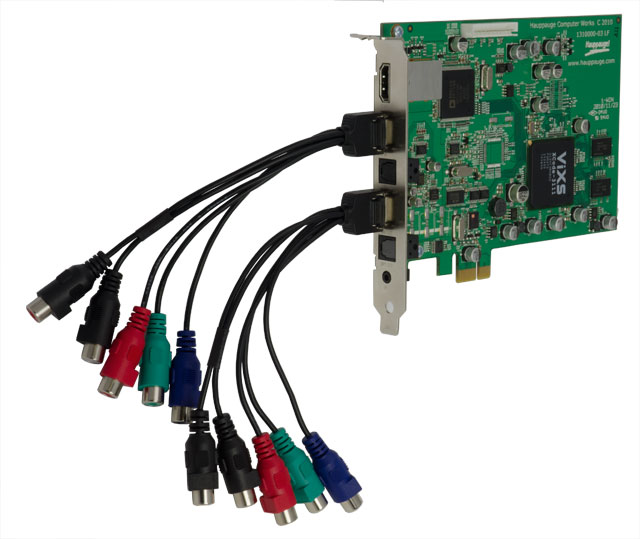 Setting up the whole project was easy. The Colossus HD card is a plug-n-play card so all you have to do is plug the card into your motherboard via a PCIe X1 slot, then using the included CD you just install the drivers. Plug the HDMI end of your cable in to the card in the back of your PC tower and the micro-HDMI end into your Android device. Fire up ArcSoft’s ShowBiz program, click the ‘Capture’ tab in the top left.

From the ‘Video Input’ drop-down menu select HDMI and after about a second you should see a preview of what you are doing on your Android device on the right. To start recording just click on the ‘Capture’ button under the preview window. To stop recording, just hit the same button. 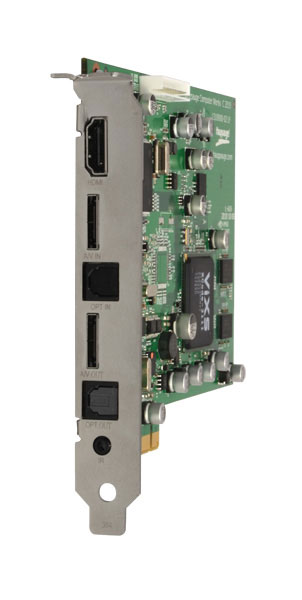 So far we have records a few gameplay videos for our YouTube channel, a Let’s Play of Battlefield Bad Company and Mini Motor Racing. Both were filmed with the gameplay streaming to the Colossus HD card using the micro-HDMI to HDMI cable off of my LG G2X. While I could go on about the quality of the recording, I’ll let the videos speak for themselves first. Down below you will see the Mini Motor Racing video we recorded using the Colossus HD card.

As you can see in the video above, the quality is top notch. The Colossus HD records the gameplay while you are playing the game in HD quality. There are different settings you can change regarding the format, recording quality and device settings in case you want to change the recording quality. For these videos we just left the settings at their default.

After recording there are options within the ArcSoft ShowBiz software where you can edit your videos with transitions and adding an intro to them. You can also just leave your video as-is. The file size of your recorded video is all dependent on the quality settings you use for recording. On average, with the default HD settings, a 10 minute video weighs in at around 500MB so be sure to have some hard drive space freed up and dedicated to your video recordings.

If you are looking into making really nice HD quality gameplay videos of Android games, whether you are a developer trying to make a good trailer for your new Android game or a gamer just wanting to make Let’s Play videos, the Hauppauge Colossus HD is a total package that will enable you to do just that. The Colossus HD also comes with plenty of cables for you to do other recording with but to do it with your Android device you will need the HDMI cable we mentioned above.

However, if you plan to make a lot of gameplay videos for Android games, this is a great way to go. The average price for a Colossus HD card is $169.99 plus you will have to buy the HDMI cable which will run you between $10-$20. Overall a small price to pay if you plan on making a lot of gameplay videos or trailers in high quality using a stable set-up and want a total package that will do all of that.