Instead Assassin’s Creed Memories will be a blend of RPG, strategy and TCG genres rolled into one game. Since GREE is involved in this game, this means it will be a free-to-play game with optional IAPs involved. The main mechanic in this game will revolve around collectible card combat but it will have RPG and strategy elements layered over it. Players will traverse history to build a powerful guild, recruit famous allies, and defeat rival players. 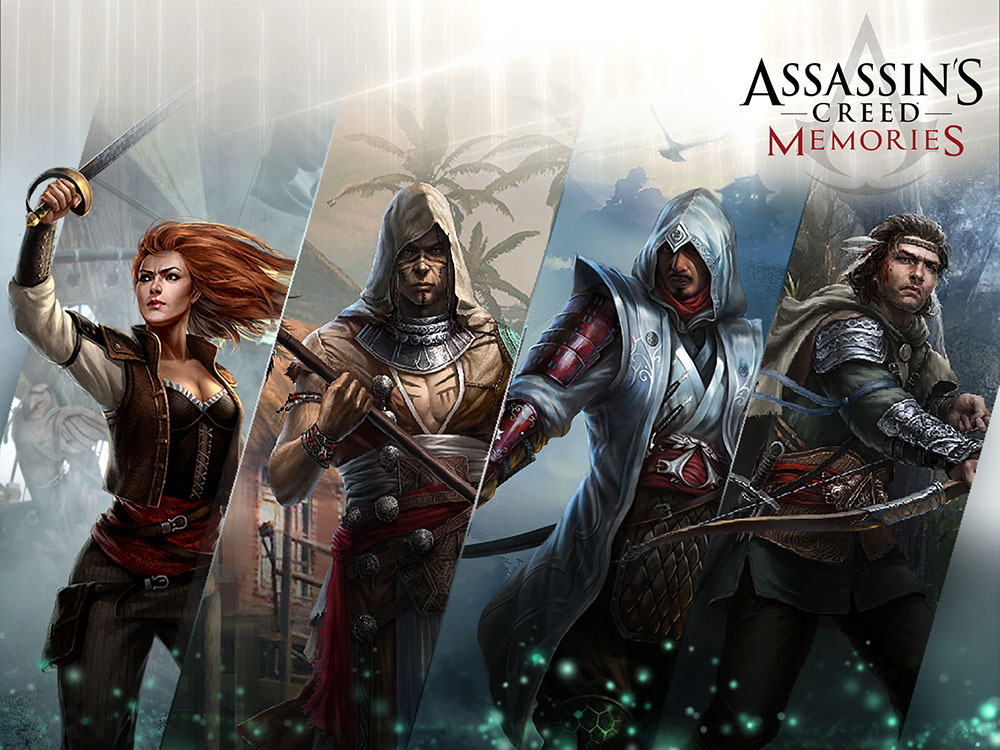 There will be both single-player and multiplayer campaigns to work your way through as well as PvP gameplay which can involve as many as 40 people at one time (20 versus 20). Assassin’s Creed Memories will also feature a multitude of ways to customize your gameplay experience to better suit your play style. Unfortunately they haven’t expanded on what that exactly is yet.

Right now Assassin’s Creed Memories is in a soft launch, limited to certain countries but it will be available for everyone worldwide later this Summer. You can check out the press release below for any additional details.

Ubisoft®, GREE, and PlayNext Team Up For New Mobile Title

“The card battle genre has been hugely popular around the world andGREE and PlayNext have demonstrated their know-how and expertise on such games. With such expertise, we really believe they’re bringing a great new way to enjoy the richness of Assassin’s Creed universe to mobile players,” says Jean Michel Detoc, Managing Director, Ubisoft Mobile Division.

Assassin’s Creed Memories will offer players the opportunity to explore familiar time periods like Renaissance Italy and Colonial America, while also bringing some new eras into play. The game will offer a deep and engaging single player experience as well as multiplayer combat involving battles of up to 20 versus 20 players. With an emphasis on customization and strategy, each player will be able to create and build a unique experience as they decide what kind of Assassin they want to be and which fan-favorite allies they want by their side.

“We’re thrilled to bring our expertise in mobile games to a renowned brand like Assassin’s Creed and to work with a company that has brought so much to the gaming world,” says Eiji Araki, Vice President, Social Games, GREE, Inc. “The card battle genre is all about being able to evolve and grow great heroes and this franchise has created some of the most epic characters in gaming today.”