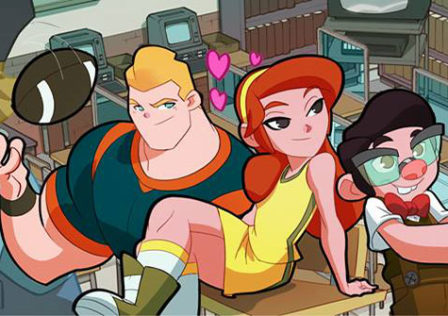 Later this month, TRAVIAN GAMES is set to release Cheats4Hire. In this game, players attempt to guide a group of students through a school year, so that all of them pass, only they are using every cheat and trick in the book. The graphics for this game were designed by Sean Galloway, of renown in the world of comics (think Spectacular Spider-Man TV series, among other things). The press release mentioned specifically that the game will be for tablets.