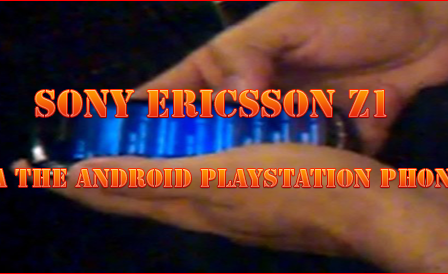 Android Playstation Phone caught on camera, to be called the Z1

Looks like someone was testing out the upcoming Android Playstation phone a little too publicly and someone managed to film it for a bit while the person with the phone played with it for a bit. However, we don’t get to see much of it aside from the screen which half the time is blurred by the camera guy not sitting still.