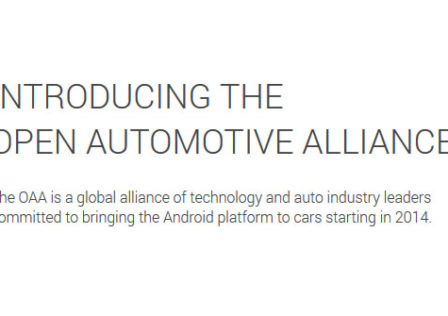 Nvidia has been sticking their chips in Tesla cars and bringing them to CES for a couple of years now. Other companies have dabbled in similar projects as well. Google, however, has gone ahead and created the Open Automotive Alliance and announced its existence today. Similar to the Open Handset Alliances, the Open Automotive Alliance (or OAA for short) is a partnership between Google and a variety of car manufacturers where they will be bringing Android to cars, mostly as an in-car info-tainment service.