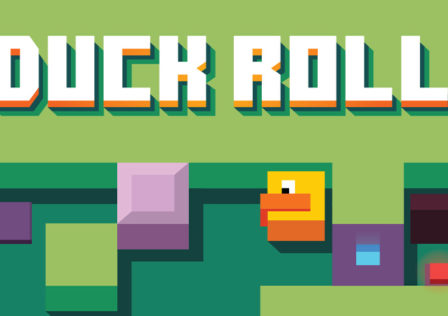 Mamau, the developers behind the puzzle game 99 Problems, has released their second title onto Android called Duck Roll. In this game players will be controlling a duck that is in the shape of a cube. Actually, you look like a square head of a duck more than anything, which is actually kind of humorous.