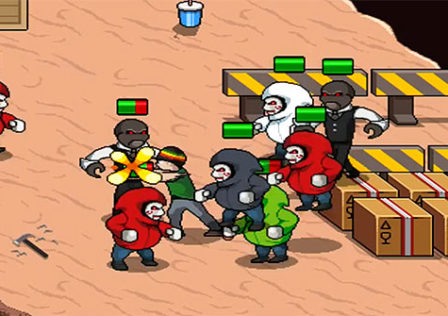 Back in April of this year we talked about a rather cool looking old school style arcade beat-em-up game called NES-Retku. The storyline to this game is a bit crazy and doesn’t follow the usual stroylines for these types of games where you’re usually rescuing your girlfriend who has been kidnapped or seeking revenge for whatever wrong has happened to you.

NES-Retku by Panic Art Studios is a pure retro-style beat-em-up game that definitely looks to pay tribute to the old school games of a similar nature. The storyline is about as crazy as the fact that this game is also being developer by a single person, except for the soundtrack. It is a rare instance where we see a game made by one person that looks like it has a team behind it.