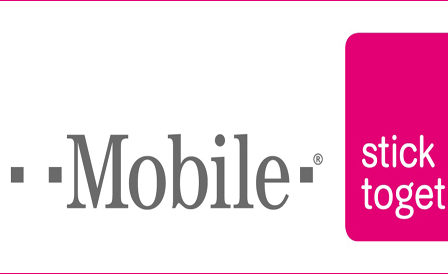 T-Mobile launches a double-header of dual-core enjoyment for Android gamers to pick from.

It’s all over the place right now on Twitter, other news sites and Android sites. T-Mobile, thanks to LG, have dropped a double-header of dual-core deliciousness for Android gamers to choose from if you are on T-Mobile (or thinking about switching to them). The G2X and G-Slate have officially launched today. 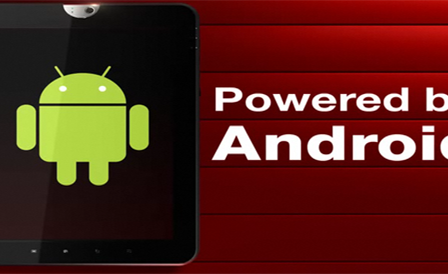 Best Buy seems to be getting into the Android tablet scene in a rather big way. They already have a decent selection of tablets available and the pre-order for the Acer Iconia dual-core tablet just went up today. Now word is that the Toshiba dual-core Android tablet will also be sold at Best Buy making that the second Tegra tablet for them. 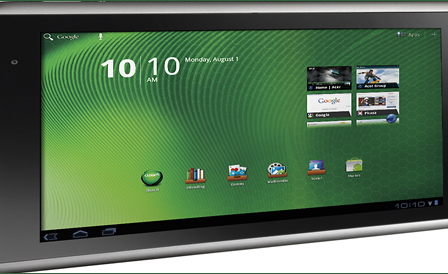 If you are in the market for a new Android tablet and what one of those nifty dual-core Honeycomb tablets but don’t have $800 (XOOM) to drop on one, or even $530 on contract (G-Slate), you’ll be pleased to know that Acer is releasing theirs for a mere $449.99 and is on Best Buy right now for those wanting to pre-order one. 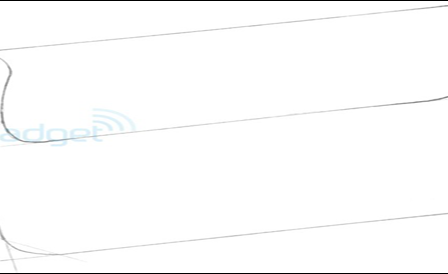 Sony Android Tablet confirmed, to be on sale by end of Summer

Awhile back there was a little rumor going around that Sony was developing an Android tablet codenamed the ‘S1’. After that initial rumor hit the internet, all went quiet, until now. Sony has confirmed they are working on an Android Tablet that will be available by the end Summer. Granted, as of late, lot of people miss the initial release dates. 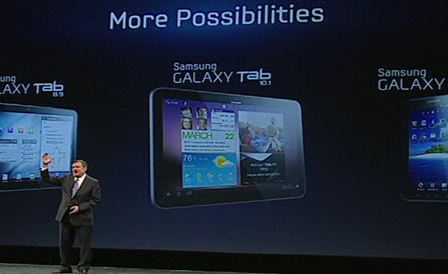 Samsung announces two new tablets at CTIA. The Galaxy Tab 10.1 and 8.9, both have dual-core and Honeycomb.

Samsung just got finished with their Unpacked event over at CTIA and have announced two new tablets coming our way very soon, summer in fact. The Galaxy Tablet 8.9 and the Galaxy Tablet 10.1 will be heading into our hands this summer with some seriously good pricing to top it all off. Oh, did we mention they are dual-core? 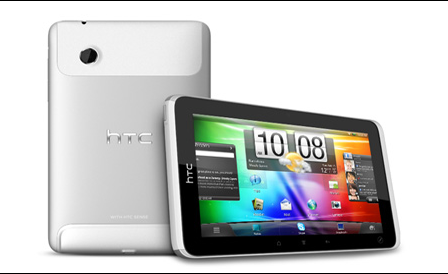 HTC announced their upcoming Android tablet, the HTC Flyer, at MWC today and it was sporting some pretty decent specs while others left you wondering “why?”. The HTC Flyer is also their first Android device sporting the OnLive cloud gaming service which is no surprise after their $40 million invest into the company. 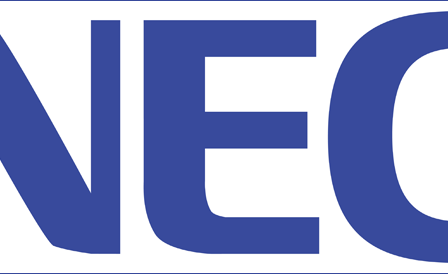 NEC confirms dual-screen Android Tablet, to be shown at CES 2011

NEC has released a press release confirming the rumored dual-screen Android tablet we reported on last week. Great news as no pictures have been released yet so we can still use the mock-up from last week which looks like a weird Nintendo DS. This will be a Cloud Communicator tablet for access from home and NEC’s apparent App Market. 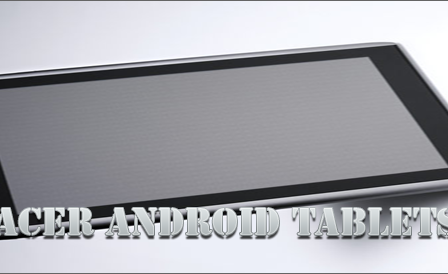 We have some pretty sweet tablets available to us now like the Galaxy Tablet and in the near future such as the Notion Ink and it seems that Acer is getting into the game too. They are releasing anything half-assed either with their upcoming 10.-inch and 7-inch tablets that they just announced today at the Acer press conference.