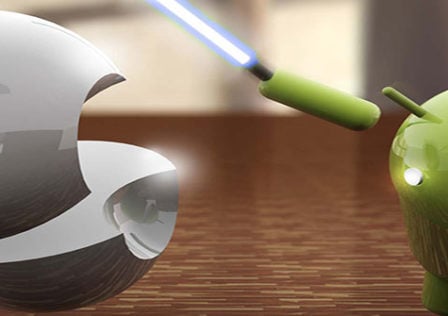 Apple has a long history of antagonizing its competitors, be it the award winning “1984” Super Bowl commercial which depicts IBM as a totalitarian menace, the “Toasted” ad which ridicules Intel processors for being too slow, or the long running “Get a Mac” ad campaign which pit a svelt and witty Justin Long (“Mac”) against a frumpy and stodgy John Hodgman (“PC”). Given the aforementioned legacy, no one should be surprised when Apple takes jabs at Google and its Android operating system. What is surprising is watching Tim Cook get on stage at WWDC (World Wide Developers Conference) to spread misinformation.