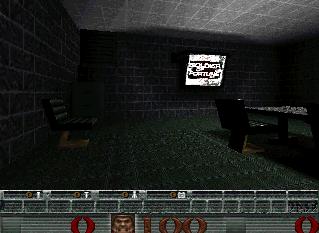 This is the Official walkthrough for the Soldier of Fortune 3D shooter game for Android by 3D Studio.

Behind the vent there is a silver key that will let you out of the room. Select your skill in the security room. The security door is opened by jumping up on chair in HQ room and opening the MCU [Mobile Command Unit]. Push the button on security room wall to open the bedroom door…. and then go to bed. 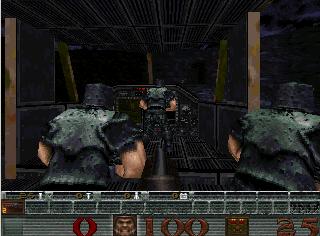 There is a large boulder blocking the ledge path above where the helicopter lands. You must find your way through an underwater passage to a waterfall. Behind the waterfall is a rocket launcher which will remove the rock from the path and allow you on your way.

Explore the helicopter a bit after initial fighting stops.To open the large wood gate after the indian village…find the wood mask totem on the wall of one of the huts in the village. Get close to it and it will say “underwater grate opened”. Then go to into the pond in front of the village and there you’ll find an underwater passage. Take a big breath then swim down it to a little underwater room. Make sure to get close to the red-painted face on the wall there and a message will say, “large gate has opened”.

Then swim out the heading the same direction you were going as you swam in.There is a barrel with a red explosive warning sign on it near the level’s end. This MUST be shot with a rocket to blow a hole in the rock wall.There is only one silver keycard required and it’s to open the last door. It is in a pit trap at the end of the wooden bridge.

The pit has two stakes that skewer you unless you jump onto the lowest one to get out of the other one’s way. Then jump up on the other one and out. 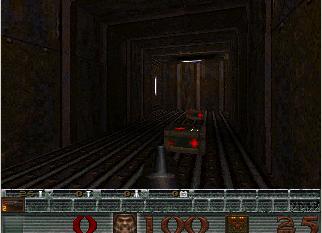 Go to the end of all where the “Freight” elevator is and a soldier will come up and open the door. Go down and try to avoid the explosive barrels that hits the elevator opening frame.

Shoot the 3 morge body doors [they have ice on] and they will open and you can jump along them to get to the vent above the silver key door. Behind the vent is a secret area.

A secret little room also opens [when the vent opens] in the dark part of the walkway opposite the vent. A secret area is there also.

Go through the silver key door and up elevator and you will come to the holding cells area. Fight your way to the overlooking walk area and there you can free ‘Dale’ …a prisoner of the previous failed mission. There are two red-arrow switches up there. I triggers an lift across the room and there is a secret area below the lift and if you ride it up.

The other red-arrow says feeding when you push it and it frees the mutant monsters and lowers a couple dogs for them to eat…then they will be your friends. You will need them to fight the big tough mutant Bio-Boss.

Break the glass window [near the arrow switches], it requires at least a dbl-barreled shotgun blast to break. Then quickly jump down and run to the doors on your left and get back into the room with your ‘fiends’. Try and stay out of harms way and let them do the killing for you.

In the room where the Bio-Boss was there is a computer monitor you must break and behind it is a switch which will lower the gold key.

Break the beakers in the bookcase there and another secret room will be revealed.

Take the gold key back to the door that was right by the elevator you came down in. In that room is several explosive chemical barrels that you must blow up. Stand well away…shoot the lone one around the corner first [red warning sign on]…then move to where it was and shoot the other barrel with a red sign on. There is a vent behind there that will take you to a lift and up.

Shoot the vent at the end and it will open. Head off to the right and you can get your mutant buddies if you need them.

Go back and into the warehouse room. Get to the forklight and drive it off of the access grate it’s covering. Shoot the red switch below and the grate will open. Jump down and follow the path to a lift and go up. Straight ahead is a red arrow…push it and it unlocks the the exit elevator switch [where you entered the level].

You can now leave the level by taking the elevator up. 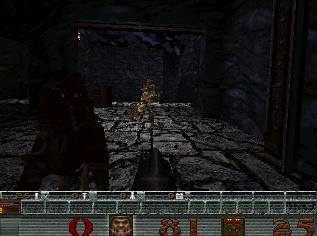 It’s easiest to take the high road back to the chopper [the way through the caves where the spike traps are].

Once back at the helicopter… move beside the broken oil line and it automatically gets fixed [with the pipeline repair kit you picked-up in SOF2]. Get by the helicopter’s flight stick to start the chopper.

Do not jump out of the helicopter as it takes off or it will crash and you will be marooned in the level.

– To access any of the maps above open the SOF console ([email protected] in your phone or ~) and simply type: map NAME (hit ENTER) where NAME is one of start, sof1, sof2 or sof3. 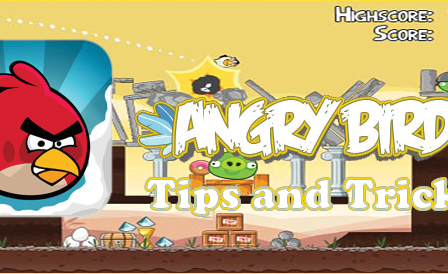 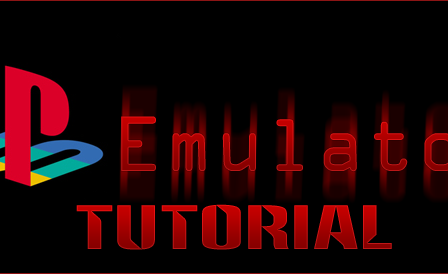