Well it is starting to get to the point where a week won’t go by without some more news regarding peripherals and Android gaming. Just reported right now by Engadget, developer Ryan Frawley, has managed to get the Wiimote to work with your Android phone via a bluetooth connection. The software is available free for this demo/beta phase.

Right now it’s strictly in the demo/beta phase but looking at the possibilities this could hold for gaming sure seems promising. The whole setup works through a Bluetooth connection between the Wiimote and then log the input on the mobile display. As qouted from Engadget:

Just think — a Wiimote, your Android phone, an emulator, an HDMI output and four other nerds surrounding your television. 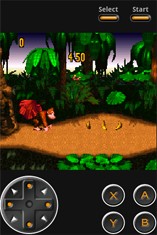 Even though the app has been available on the Android market for a short while now, this is actually the first I’ve heard of it. Then again I don’t check the ‘Demo’ category of the market often, perhaps I should change that. For now though, it’s just a demo in progress so don’t expect a whole lot to come out of this right this second should you run over and download the app off the Android market.

However, according to Engadget, it’s really close to being completed and according to Nintendo Life it can detect the Nunchuck and Classic Controller. According to Ryan Frawley, once it is completely working he intends to let game developers use it in their games and emulators. When that happens, you know we will be there in a heartbeat!

So what does everyone else think about this? Good possibilities? Kind of pointless since no one will carry a Wiimote around with them? Let us know! We provided the QR code for the app below should anyone feel brave to try it out aside from us! So now we have the Zeemote, the Game Gripper and soon the actual Wiimote to use for gaming, whats next?