Lake Louie is the new town in Alterra and with a new town comes a new storyline, quests, mobs and bosses! With all of that you get more maps and of course more epic loot to collect. So if you aren’t knee deep in Winter Festival stuff, you might want to head over there now and check things out. 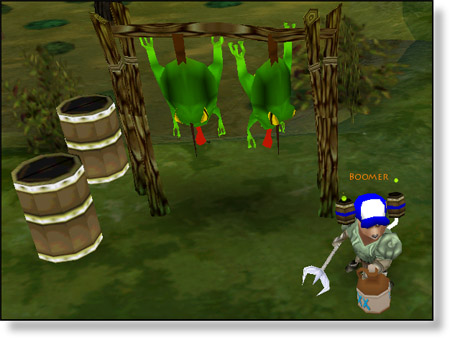 The other big news with the update is the ability for Android player to now earn free Platinum which is the in-game currency. You can thank Tapjoy for this new feature. Tapjoy deals with in-game currency, purchasing, advertising and some publishing of games as well. This feature was once available only to iOS players, Android players can now take advantage of it!

The free Platinum feature is usually only for a limited time so now is the time to take advantage of the offer. To do so you just need to head to your character screen or the in-game store and you should see a link available which will take you to the Android Market. After that, it is just a matter of downloading Tapjoy titles and trying them out and you’ll earn yourself some free Platinum.

What you can buy with Platinum:

Overall a pretty awesome update for Pocket Legends. If you haven’t done so already, make sure your game is up-to-date and check out the new area and earn Platinum feature.

Note: If you have an app called AdFree, you will have to disable it as it screws up the link in-game to earn the Platinum.