HandyGames has just announced that they are finishing up development on a sequel to their very popular tower defense game called Guns n’ Glory. While the first one was set in a western theme, the sequel will fast forward through time and place you in World War II.

While there isn’t a whole lot of information to go on at this time, we do know that Guns n’ Glory WWII will feature the same style of gameplay as seen in the first one. You’ll have troops and other various things that will be your units to control. These units are also moveable during the game at any time making for some very dynamic, and sometimes hectic, gameplay. There will also be power-ups and bonuses just like the first game. 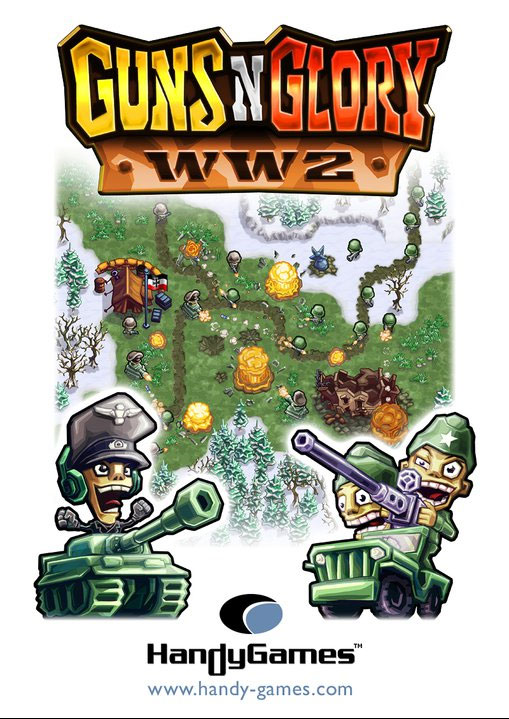 Other then that, we don’t have a whole lot to go on but if it is as enjoyable as the first Guns n’ Glory game, it will be highly addicting. HandyGames will also follow their usual style of release which means you can expect a full free version available when it launches that will be ad supported as well as a paid version without the ads. Guns n’ Glory WWII is set to release sometime this Summer. You can be sure that as more information comes to light, we will post about it.